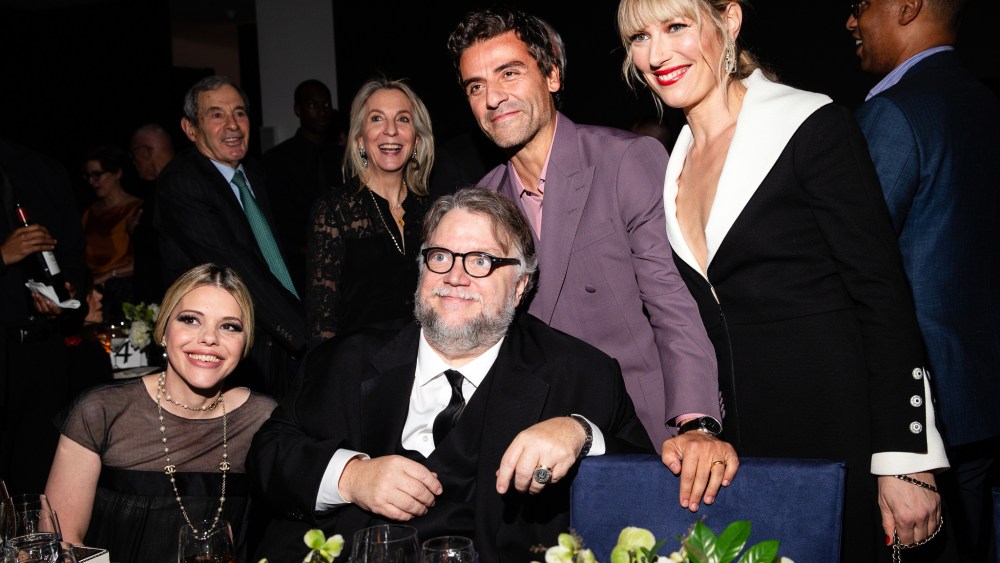 Continuing its longstanding support of film, Chanel once again sponsored the annual MoMA Film Benefit, held Thursday evening at the museum in New York. The 2022 benefit honored Oscar-winning filmmaker Guillermo del Toro, known for “The Shape of Water,” “Pan’s Labyrinth” and the creator of the new stop-motion “Pinocchio,” which is also the subject of an exhibit at MoMA called “Guillermo Del Toro: Crafting Pinocchio,” opening Sunday.

“In the 1980s, I was here to accompany my mother — we were showing a movie that I had produced called ‘Dona Herlinda and Her Son’ and I was just overwhelmed seeing pieces of art I had seen in books in person,” del Toro said on the red carpet ahead of the sit-down dinner. “I was in a museum that is one of the most important in the world, at an age early enough to be affected by it.“

Sevigny was one of the many celebrities dressed in Chanel for the night, which between its work with the Tribeca Film institute and MoMA’s film program has a longstanding relationship with the world of film. Sevigny said she hasn’t had a chance to catch many new films this year, thanks to her two-and-a half year old, but cited Jordan Peele’s “Nope” as a standout of what she has seen.

“I thought he was talking about a lot of really interesting things and I’m always surprised by his films and watching him hone his craft was really a wonderful sight to behold,” she said. “And I think he also kind of dabbles in the Guillermo world where there’s a dark undercurrent, he’s talking about big things happening in the present day.”

When del Toro’s name was mentioned early on during the programming, napkins were whooped around in the air and several standing ovations given. Chastain gave the audience a glimpse at del Toro’s more humorous side with a story from the set of their film “Crimson Peak.”

“Of all the sets that I’ve been on, and of all the incredible directors and artists that I’ve worked with…my favorite, most unique note/compliment came from Guillermo,” she told the room. They’d spent take after take trying to get a scene right and Chastain was growing increasingly frustrated when del Toro asked her to channel all her anger and rage into the scene. Once cut was yelled, he headed her way.

“In the sweetest voice, and in the happiest smile, he yells with a childlike glee ‘You made my balls crawl up into my body,’” she recounted to the MoMA crowd.

After burrata and short ribs, the musician H.E.R. took to the stage to serenade the audience with a set, which had the room on its feet.