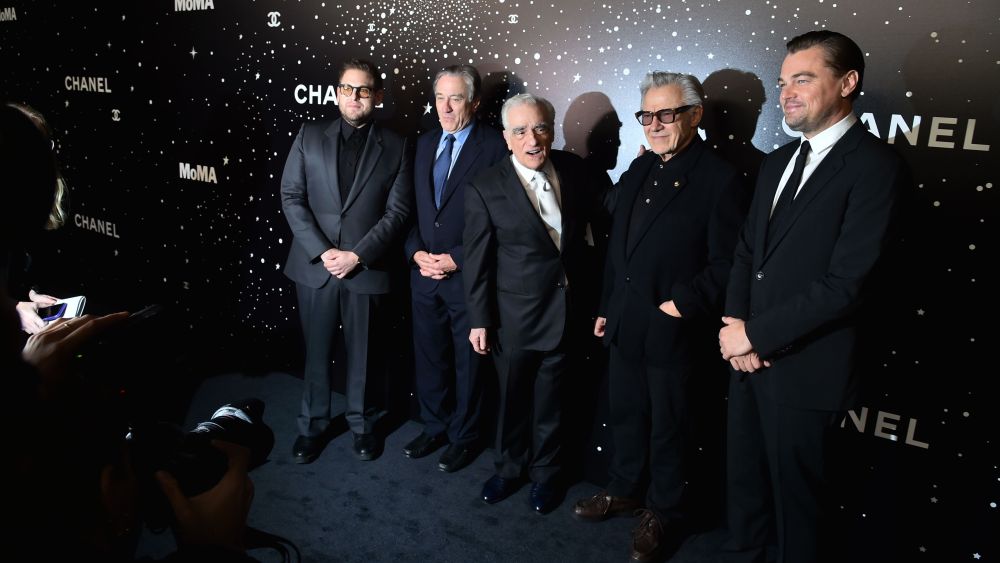 At what point does Martin Scorsese become just Marty?

The director was this year’s honoree for MoMA’s annual film benefit presented by Chanel, and many of his friends, collaborators and family had come out to pay tribute to Scorsese’s five decades of work creating and championing film preservation.

“Marty. Marty, you’re talking. I’m trying to talk to you,” said Jonah Hill, taking the podium inside the museum’s basement movie theater where the crowd had gathered ahead of a celebratory dinner. “Some people grew up with super heroes on their wall, and I had a picture of Marty on my wall. The fact that I even get to call him Marty is insane; I feel like someone’s going to come up here and slap me every time I say it,” he added, before continuing to address the director. “I could tell you endless stories about how you’ve personally affected my life and the things you’ve taught me, but I don’t want to waste everyone’s time, so I figure you should probably clear out the rest of this week.”

“To an undeniable expert of the cinematic art form, Mr. Martin Scorsese,” he said. “There are many words that can be used to describe Martin Scorsese — he’s an inspiration, an artist, a mentor, a historian. Undeniably and without question he’s someone everyone that’s ever loved movies should look up to with the deepest admiration.”

DiCaprio had brought his father George along for the benefit, who, like the director, is a first generation Italian American who was born in Queens.

“When I was 15 years old just starting out on my journey as an actor making movies, my father — much like Scorsese’s — took me to a dark theater for inspiration,” DiCaprio continued. “He pointed at the screen and as the reels to ‘Goodfellas’ began to spin, he said, ‘This is the epitome of modern filmmaking, this is someone who you may be lucky enough one day to work with. And when it comes to directors, Martin Scorsese is where the bar is set.” DiCaprio fulfilled that dream in 2001, starring in “Gangs of New York,” and the pair are about the start on their sixth film together.

Who can top that?

“I know this is the Museum of Modern Art, but really, I think it must be said, Marty Scorsese is no Pablo Picasso,” Robert De Niro said next. “Picasso needed only one frame for a picture like ‘Les Demoiselles d’Avignon.’ Marty needed more than 200,000 frames for a picture like, say, the ‘Loup du Wall Street.'”

De Niro has spoken about his longtime friend on many occasions over the years — including while presenting him the Cecil B. deMille Award in 2012 — but insisted that the MoMA benefit was an achievement that stood out from the rest.

“This is different. We’re in New York now, this is home. Tonight is more personal,” he continued. “Marty and I grew up in close by neighborhoods; he’s on the literal streets of Little Italy, me on the more gentle streets of Greenwich Village. We got together on Marty’s movie “Mean Streets” about 45 years ago, that started a collaboration that has continued today.” He added that the pair’s next film, “I Heard You Paint Houses,” (he was referring to “The Irishman”) is due out next year.

But for the time being, the audience made do with revisiting Scorsese’s cannon of past work.

“Let’s take a look at clips from a half century of Marty’s films,” De Niro said. “Paying particular attention to who gets more screen time: me or Leo.”

Afterward, Scorsese finally took the stage to react to the stream of accolades. “It’s really wild, I haven’t seen a lot of those movies,” he said, laughing. “It’s very moving, and I could go on for hours with each one of you. Jonah, by the way, that advice to do real punching in movies isn’t very good, it only works certain ways, I can’t advise it for young filmmakers. The Cortisone Tape, I’ll explain later. Bob, that’s just extraordinary — we do, we’ve been giving each other awards for [years]. Who thought we’d wind up this way? So long, I don’t understand. And Leo, wonderful, and thank you so much. I’m sorry I sent all those DVDs to your film set driving you crazy, I know. But it’s so much fun.”

And that’s what it comes down to, really: Scorsese just really loves watching movies.

“For Marty, film is a religion,” said Spike Lee. “He’s Catholic, too, so you know what that means.”

And as for which movie from the reel he’d like to rewatch with the director, Lee barely hesitated.

“I’d like to sit down — me, him, in the theater alone,” he said, before adding a plus-one to the hypothetical scenario. “Me, him and De Niro. And watch ‘Raging Bull.’ I’m in the middle, Marty’s on the left, and Bob’s on the right. That’s going to happen. It’ll be funny as a motherf–ker. That will be — you put the sound low, and it would tape our conversation.”

For any entrepreneurial film producers, it certainly sounds like a great concept for a film series.