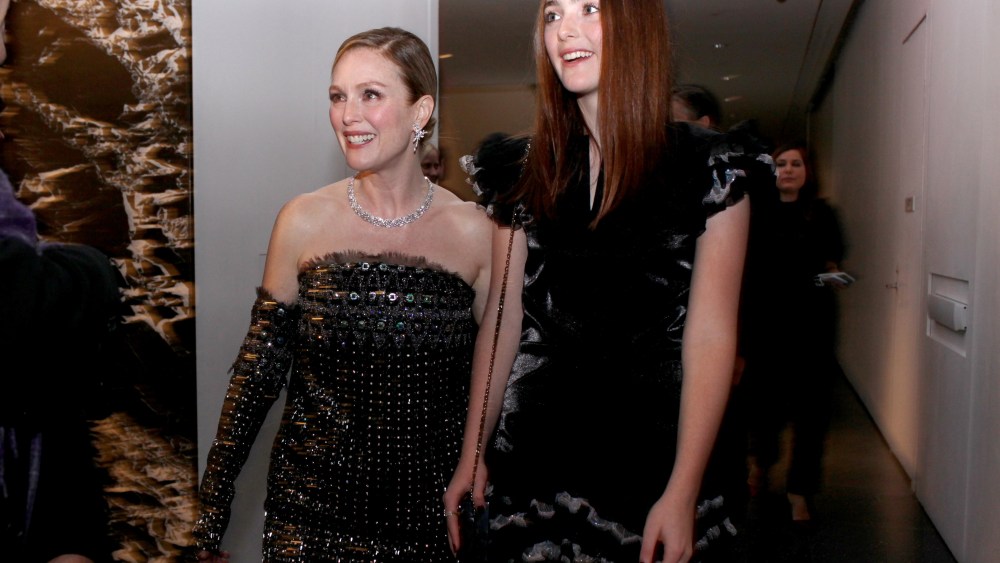 “There’s always something about Julianne [that] I think is true about the best film actors through history,” began Todd Haynes from the lobby of MoMA on Monday night. “There’s something held back, and it makes you more interested every time you watch her work. I think she keeps redefining what great film acting is.”

Haynes was at the museum to honor his friend and the frequent star of his films, Julianne Moore, at The Museum of Modern Art’s Film Benefit presented by Chanel. The pair worked together throughout their respective careers, beginning with Haynes’ 1995 film “Safe” and most recently on “Wonderstruck,” which was released last month.

Despite the retrospective nature of the event, Moore isn’t one to look back at her body of work.

“When I see [my past films] it’s an accident, and what’s so funny is how little I remember of it. I tend to remember the experience of making something, I tend to remember the people I work with rather than the actual work,” said the actress, who was traveling throughout the cocktail hour with husband Bart Freundlich and daughter Liv. “But it’s always fun to see it, because it kind of becomes something else. Especially when you’ve moved away from it, like ten years or something, then it becomes its own entity. It’s why films are great.”

Later that evening, the actress “accidentally” sat through a reel featuring clips from many of her films during a presentation in the museum’s basement theater. Various costars and collaborators took the stage to lavish praise on Moore, who sat captive in one of the front rows, and applaud her activism through the Everytown for Gun Safety initiative.

“I don’t know everyone in here but I bet she’s the coolest person in the room,” said Kristen Stewart, who recently made her directorial debut with the short “Come Swim.” “Julie, you’re, like, truly special to me, as you know…I f—ing love you, dude.”

“In the last 12 months she’s played five parts in three movies,” husband Freundlich told the crowd; the pair met while filming his debut 1997 feature, “The Myth of Fingerprints.” “She’s also, in the past 12 months, trained and has had to sing opera — she’s not great — learned sign language, sang a duet with Elton John and most recently I walked in on her learning salsa with John Turturro, which I’m not positive is for a movie.”

“I want to be realistic about her. She’s not perfect — she’s a little bit bossy and she’s not good at sports. But she’s a deeply talented artist,” he continued. “And the truth is, she’s a better person than she is actress.”