The house’s annual dinner for the Tribeca Film Festival Artists Program is always a splashy affair, and Tuesday night’s go-around was no exception. 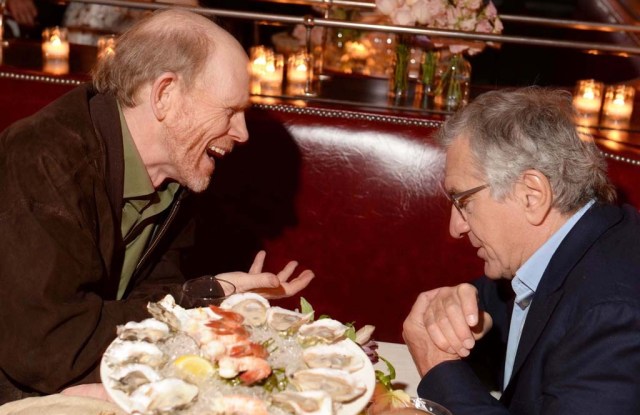 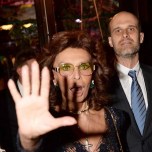 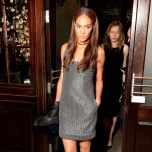 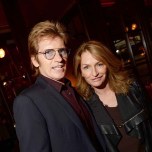 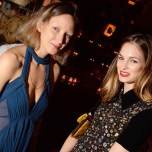 Chanel’s annual dinner in Manhattan toasting the house’s partnership with the Tribeca Film Festival Artists Program is always a splashy affair, and Tuesday night’s go-around (the ninth of its kind) was no exception.

New York Police Department-manned barricades were set up within a two-block radius of Balthazar. The omnipresent tourists of SoHo began clustering around the perimeter, strangely taking iPhone shots of the photographers squished in front of the step-and-repeat while they waited to see what all the fuss was about. Soon the black cars began to snail their way up Crosby Street and a stream of quilted-bag-swinging starlets began stepping out.

While most went for the standard look (read: not smiling, emitting a general air of blasé, fashion-party agita), a few guests made an entrance for the photogs. Sophia Loren pantomimed a cliché celebrity shoo, throwing up her manicured hand and waving paps away. She quickly winked and posed with her hand on her hip, much to their delight. “Just kidding,” Loren said with a smile. Denis Leary gave his signature wincey smile and head nod before retreating to the bar area. Just after, Joan Smalls slinked in like she was on a runway, stopping in the doorway to give her signature smolder to the photographers.

“Was I?” Smalls giggled when called out later. The model was inside with Sigrid Agren and Anja Rubik, the trio searching for their place cards.

“I’m a big movie buff so I’m excited to see some of the films,” Smalls said of the festival. “I just can’t go to see any with my mother. She’s the worst. She asks a million questions. Like, ‘Wait, what’s happening? Who’s that?’”

“Thanks! I just came from a shoot,” Love replied.

Loren, who wore a pair of yellow-tinted glasses on her face and another pair of spectacles atop her head for the entirety of the evening, maintained a safe berth from the bustle, sticking with Robert De Niro towards the back of the restaurant, the two insulated in their own impenetrable orb of icon.

Julianne Moore dashed into the restaurant just as people were settling into their diner seats, many slurping down oysters from the icy fruits de mer platters on each table. Vanessa Traina-Snow plugged herself between sister Samantha and Lauren Santo Domingo toward the front. Mickey Sumner table-hopped a bit during the first course, fluttering over to the adorably awkward Greta Gerwig. After the salad course was cleared, about a quarter of the room retreated outside for a cigarette.

“Is it terrible I don’t know about any of the movies [in the festival]?” one guest, a model-type, asked, smoke billowing out of her nostrils. “Oh. Except that James Franco one.”