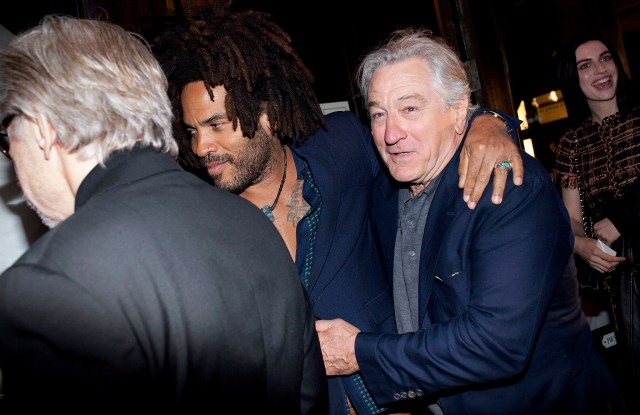 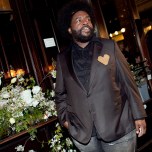 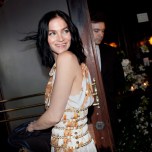 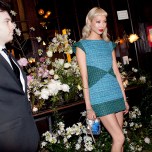 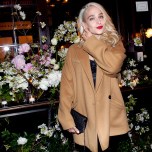 The annual Artists Dinner thrown by Chanel during the Tribeca Film Festival seems to have only grown each year — both in buzz and in security.

Indeed, the block of Spring Street that Balthazar sits on was tightly guarded by police and publicists alike, and word of its celeb-y inhabitants had spread through SoHo, leading the odd passerby to inquire just what was going on over there.

The evening draws artists and actors in town for the festival, and a healthy dose of the young and lanky who just so happen to wear a Chanel dress with ease. “Do I have to walk the carpet because I’m dressed in Chanel?” one such influencer asked a passing photographer. (For the record, the answer was yes, and she was quite happy to oblige.)

Lenny Kravitz was the evening’s surprise guest, exciting photographers as he posed for photos with Robert De Niro and Harvey Keitel. Inside the restaurant, Kravitz had Emily Mortimer in giggles as they mingled next to Spike Lee and Keegan-Michael Key. Regulars of the Chanel dinner know where Katie Holmes always sits — in the left back corner, able to watch the evening unfold — and she held court in her banquette as photographers came to her. Jamie Foxx, her rumored paramour and expected guest, was a no-show.

“I’m wearing Chanel shoes and bag, because the dress didn’t fit,” Kirke said of her night’s look. The newly platinum actress — “I have to wear a f–king hair turban at night” — was due later at the screening of her film “Untogether.” So far, Tribeca was suiting her just fine. “It’s a little more low-key than other premieres. I don’t really go to stuff but it’s in New York, so it’s a little bit more relaxed for me — or at least it’s a vibe that I’m familiar with,” she said.

Lane, naturally, was also dressed by the house. “I kind of wanted to be a little cute and a little bit more proper than usual,” she said. The actress is in town for her film “The Miseducation of Cameron Post,” reuniting her with the cast for the first time since Sundance. When asked what was on her agenda next, she immediately listed the Met Gala.

“And then more press and everything. My movies are releasing, so just press — and then whatever I do in my free time,” she said.

Her look for the first Monday in May is almost complete. “I very much knew what I wanted and my stylist and I were very in sync,” she said. “Everything is looking great.”

“Usually I don’t really want to take off the outfit. So sometimes I might end up having a little bit of a dance party by myself – like, dancing wherever you like to dance. Or that you didn’t get to dance,” said Waterhouse, motioning to her yellow and white Chanel tweed skirt suit. “I probably won’t take [this] off.”