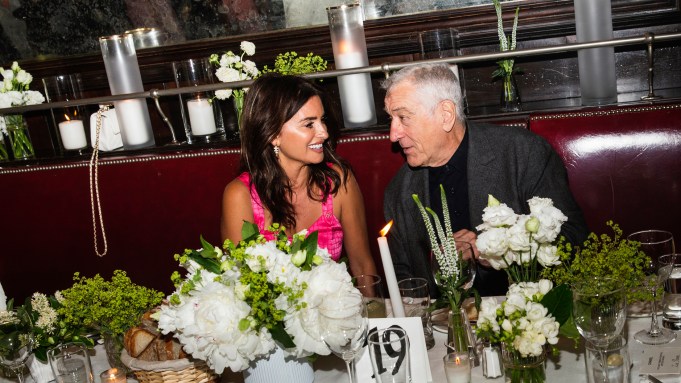 “Sweaty” was how Gracie Abrams described her current state, thanks to the balmy, ever-so-sticky heat of the New York June night on Monday, mixed with her Chanel hot pink suit. But as everyone knows, a good fashion moment is worth a bit of bucking the weather and if the evening calls for Chanel tweed, so be it.

After hosting a luncheon last week at the Odeon for the Tribeca festival, Chanel was back to Balthazar Monday for its annual artist’s dinner, thrown for the first time since 2019. The evening is always a starry affair but distance seemed to make the heart grow fonder this year with an extra VIP turnout.

Abrams, the rising singer-songwriter who is also the daughter of filmmaker J.J. Abrams, said coming out to an event celebrating artists supporting artists was what she’s all about.

“It’s everything that I believe is good, honestly,” she said, from just outside the restaurant’s doors. “I think it’s an amazing thing that we are lucky enough to be able to come here to celebrate the importance of artists in general, but especially supporting each other. I just feel grateful to be attending and so excited to see everyone.”

One of the women artists she’s most inspired by right now is actress Sadie Sink of “Stranger Things,” who was also in attendance.

“I love her with my whole heart and I haven’t seen her in a minute so I’m excited to squeeze her in our Chanel moments,” Abrams said, adding that she’d already binged all of the new episodes while flying back from tour. “This season was unbelievable. Earth-shattering. Waiting for part two,” she said.

Cruz, whose film ‘​”Official Competition” is part of the Tribeca festival, praised her longtime relationship with Chanel.

“I’ve been working with them since 1999 — that was the first show I’ve been to,” Cruz said. “I’ve been an ambassador for the last few years. And also to be able to bring a movie like ‘Official Competition’ to Tribeca, a festival that I love very much.”

Asked if there was an artist who inspired her whom she’s met through her years at the art events with Chanel, she smiled at her publicist Amanda Silverman, who reps both her and Pharrell, her answer.

“I like very much seeing Pharrell when he’s at the shows,” she said. “For me, music is maybe the most powerful art of all. I’ve always had music around in my life. My brother is a musician and I’m eleven years younger so I’m very used to the life of being in a studio and all of my family loves music so much. All of us. So many times they have great singers at the [Chanel] shows or at the after parties.”

Inside the French brasserie, it was wall to wall with fabulous, well-dressed people deep in conversation. Abrams and Mock caught up while Boynton and Silvers posed for photos together; the newly blonde Silvers looked remarkably similar to Boynton’s signature blonde bob. David and Agron worked the room together, while further back into the restaurant McLachlan and MacDowell hid back a bit from the action.

Kirke said that when it when it came to getting dressed for the night, she’d been going for “reasonably rebellious.”

“Chanel and rebellion, it’s like peanut butter and jelly,” she said. “Very different but they go well together.”

Inside the Tonys After Party Where the Celebrations Went Until 5 A.M.

With ‘Disco Dollars,’ Josh Wood Turns Partying Into Purpose for the LGBTQ Community