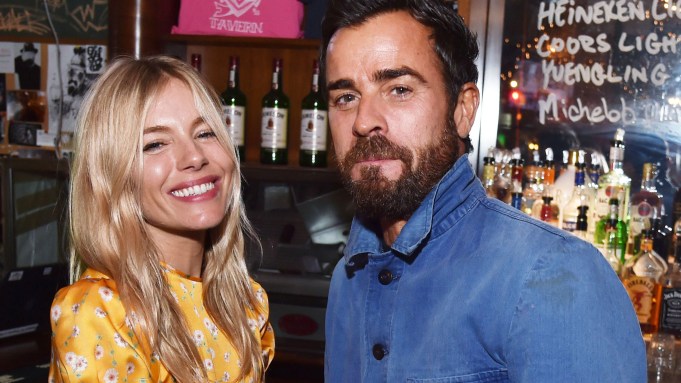 Puffy’s Tavern has likely never been graced with the amount of minidresses and bronzer as it saw on Thursday night. The teeny TriBeCa pub was overrun with the likes of models Kendall Jenner, Hailey Baldwin, Karen Elson, Coco Rocha, Cindy Bruna, Shanina Shaik and Josephine Skriver, as well as actors Kyle Maclachlan and a very paired up Sienna Miller and Justin Theroux, all answering the call of Katie Grand, Cass Bird, Katie Lyall and Charlotte Stockdale for the launch of Bruv Club by Chaos x Love.

Early arrivals came to the tavern, a favorite of Grand’s, from her book signing up at Bookmarc; Grand made a beeline for Jack McCollough and Lazaro Hernandez upon entrance as Mara Hoffman, Giles Deacon and Dasha Zhukova made the rounds. Word came from Jenner’s driver that she was running late from a shoot and would arrive after hair and makeup was done; 45 minutes later, the model arrived all glammed up and dressed in her foosball-playing finest. (What? Don’t we all wear an orange minidress to a tavern?)

The party was in honor of the launch of a video Lyall, Stockdale and Bird shot together, which was filmed in a Hammersmith pub around Christmas and which had replaced the usual sports programming on the TV screens behind the bar. The models in the video, which launched online the following morning, wear tracksuits that Lyall and Stockdale are producing.

Stockdale and Bird wore shirts printed with the most recent Chaos SixtyNine cover of Cara Delevingne and Adwoa Aboah, sales of which will benefit the models’ respective charities Girl Up and Gurls Talk.

“We did this video with Cass that’s called the girls bruv club,” Stockdale explained. “‘Bruv’ in South London is the same as ‘bro’ in America.”

“But the way that we use it is kind of friendly but tomboy,” Lyall added. “You have fellow bruvs. And all of these girls like Cass coming in and out of our lives, they’re just like us. We’re like ‘Oh my god, you’re a bruv! You’re in the bruv club!’ And it’s just kind of perfect.”

“Men are bruvs, too. The bruv club is definitely not only a girl thing,” Stockdale said.

The word, she said, is “super London, not even English. And then it’s like a teeny tiny party of London. But it’s so powerful, we thought it needs to go global. That’s what we’re aiming for.”

“Once you start explaining it to a girl of what it really means they’re like ‘Oh my god, I’m a bruv,’” Stockdale said.