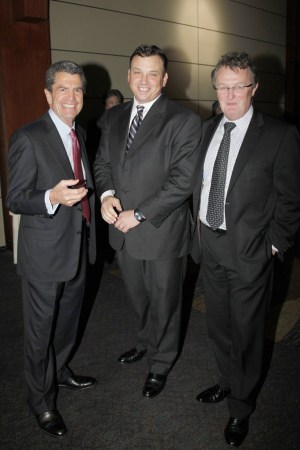 Sofia Capria put it bluntly: “Phoenix House saved my life.” Capria was celebrated Wednesday night at the Chelsea Piers, where a crowd of 700 raised more than $1 million at the annual Phoenix House Fashion Awards Dinner. “LSD and ecstasy were my main thing,” the 20-year-old Capria added, until her parents brought her to Phoenix House where she recuperated for three months. She now studies psychology at George Mason University. “I had to work every single day to uncover issues driving me to addiction.”

“You would never know now that her life was broken,” said Mitchell Rosenthal, founder of Phoenix House, who underscored the epidemic proportions of substance abuse. “The number of young people dying of overdoses each year has surpassed those in fatal car crashes among 18- to 22-year-olds.”