The party, one of the standouts of the late-year social calendar, was held at The Four Seasons restaurant in Manhattan on Wednesday night. 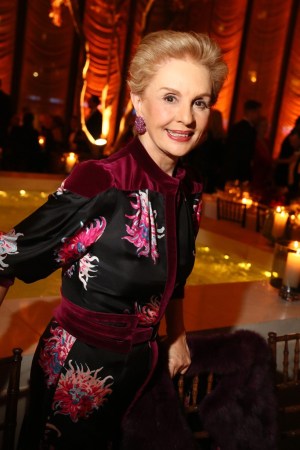 Charity circuit regulars turned up at The Four Seasons restaurant in Manhattan on Wednesday night for one of the standouts of the late-year social calendar: The Society of Memorial Sloan-Kettering Cancer Center Associates Committee’s fall party.

The bar area where cocktails were held soon became congested, causing a collision or two of the train-trampling sort. Downstairs, Natalya Poniatowski said hello to Lauren Santo Domingo as the two peeled off their outer layers by the coat check. Upstairs, the evening’s chairwoman, Shoshanna Gruss, and Patricia Herrera hammed it up for the photo booth, sticking out their tongues. Guests exchanged pleasantries and swapped upcoming Thanksgiving plans. Zac Posen will be with family in Bucks Country, Pa. “It’s very woodlandlike,” he said. Charlotte Ronson will be in New Hampshire with her boyfriend’s family and is ready to help out in the kitchen. “I had a bunch of girlfriends over and we made a roast chicken and brussels sprouts,” she said of her recent test-run. “We made these great roasted potatoes, like really, really crispy and good.”

Guests were summoned to their seats and slowly began inching towards the pool room. “I love this,” Tabitha Simmons purred, petting Herrera’s emerald sable-trimmed collar as the two made their way around the room’s bubbling pool and towards their table, where flushes of swollen red roses served as centerpieces.

Nearby, Carolina Herrera, the evening’s sponsor, spoke of why she champions the Society’s mission. “You know what? I have used it so, so many times for friends and for family,” she said. “So it’s one of the charities that is close to my heart.”