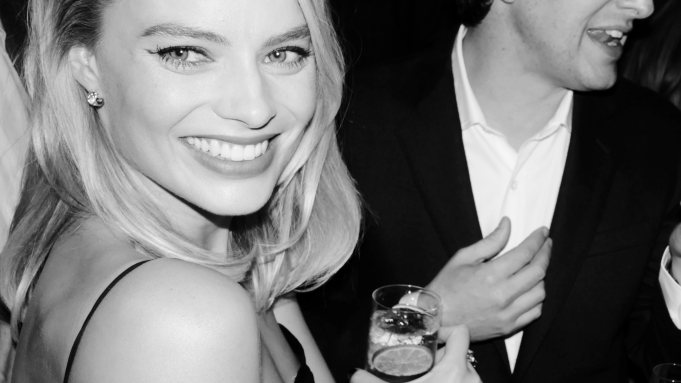 LONDON — “This is quite the do,” said David Furnish, neatly summing up the goings-on at the 20th anniversary of Charles Finch’s annual pre-BAFTA dinner, cohosted by Chanel. For this edition, Finch took over the entire labyrinthine sprawl of private members club 5 Hertford Street, including the downstairs nightclub, Loulou’s, where guests filtered for dinner after a crowded cocktail reception on the upper floors, entertained by a mariachi band.

“We’re just nonchalantly leaning against this banister here because all this busy-ness is a bit overwhelming,” admitted Taron Egerton, escorted by his girlfriend, Emily Thomas, who wore Armani. Egerton is in the final stages of filming “Rocketman,” in which he plays the lead role as Elton John in the musical fantasy about the musician’s breakthrough years.

Egerton was quick to downplay his own musical talent. “I play [the piano] a bit but I’m not going to overstate it, because if someone asked me to play a piece of Chopin it wouldn’t go well,” he said.

As the crowd trickled down for the dinner portion of the evening, one guest commented on the layout of the building that houses 5 Hertford Street and its sister club Loulou’s in London’s Mayfair.

“Like a bloody rabbit warren in here,” noted one guest who descended into the basement, with Glenn Close hot on her heels. Timothée Chalamet, meanwhile, was wandering about clutching a disposable camera. “I have definitely never used one of these things before in my life, but I got it in a gift bag and thought I’d try it out,” said Chalamet, who is nominated for a best supporting actor Oscar for “Beautiful Boy.”

Fellow nominee Rami Malek, up for the best actor award for “Bohemian Rhapsody,” had found refuge around the corner of the agate-topped bar, and was safely tucked away, doing a bit of pre-dinner damage to a bowl of chips. He was attended Finch’s party with his costar and girlfriend Lucy Boynton, who was wearing Chanel and dripping in diamonds from the house’s fine jewelry collection.

“This film hasn’t affected my life at all,” joked Boynton. “I can still get on the Tube and not be recognized.”

Malek, whose turn as Freddie Mercury earned him a Golden Globe last month and an Academy Award nomination, has definitely seen his life change. “I am just trying to enjoy it as an experience. As a one-off,” he said, adding that there’s still a bit of anxiety before the awards.

Bradley Cooper looked the picture of unruffled suavity, sprawled across from Finch and Irina Shayk before dinner, while Melissa McCarthy and Richard E. Grant, both nominated for “Can You Ever Forgive Me,” engaged in an animated tête-à-tête in their corner of the room. Other party guests included Amy Adams, Margot Robbie, Hugh Grant, Rachel Weisz, Gillian Anderson, Thandie Newton, Damien Lewis and Helen McCrory, Matthew Macfadyen, Keeley Hawes, Giles Deacon and Viggo Mortensen.

Ralph Fiennes was there, too, and earlier in the evening Finch had given him a warm, and very British, greeting. “Ralph, my God, you are a loyal bugger.”

During his rousing predinner speech, Finch preached courage to the gathered talents, sharing a tale from his youth about a time when a bad review shamed him out of pursuing an acting career. “All of you young people in this room who are starting out in your career, do not let anyone shame you away from doing something that you love. Do not let any review, or any friend, shame you away from doing what you want because no one is in charge of your work,” he said.

In an earlier interview, Finch recalled how times had changed since his first pre-BAFTA parties. He remembered one at Mr. Chow in Beverly Hills where guests disrobed and danced around the tables. “Warren Beatty was at that one, and so was Al Pacino,” he said. “Nowadays they behave in a much more careful way. These parties have survived so much — Grunge in the Nineties, flowing clothes and boxy clothes in the years that followed. Now, we’re back into a super-elegant period, with everyone very well-behaved.”

He added that his pre-BAFTA party has stayed the course even through his own career changes, “from filmmaker to artist manager, impresario to producer,” said Finch who, in addition to running his branding agency and advisory Finch & Partners, is global chairman of Dean & DeLuca, which is poised to open a new retail concept called Stage early next month in the Meatpacking District in Manhattan.