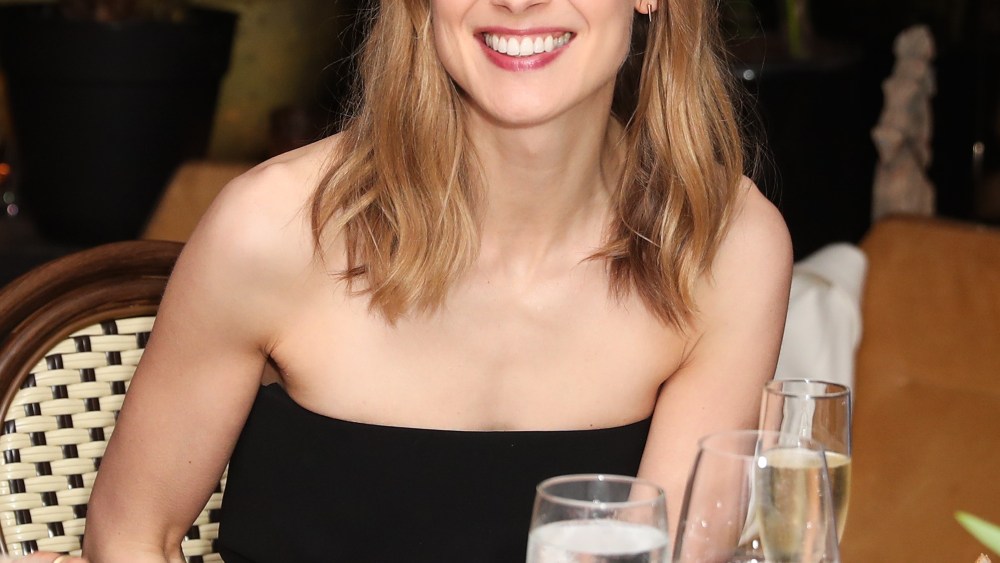 “It’s nice and moody,” Rosamund Pike said, describing her new Flaunt magazine “The Girlfriends Issue: Alternative Facts” cover. However, the same could be said of the intimate, cool kid dinner party Max Mara threw in her honor at the Roosevelt Hotel on Friday night.

The guest list included David LaChapelle, Joely Richardson, Niia, Emily Ruhl, and Charli XCX, the latter of whom was outfitted by Max Mara.

“They hooked me up,” said XCX, who was first introduced to the brand by a fellow musician. “Rita Ora and I went out and she was wearing this dope Max Mara teddy bear coat and I was like, ‘What is that?’ I really love how chic it is, but it’s also very effortless.”

Over a four-course meal, Pike soaked up the scene. “The Roosevelt has always intrigued me,” said the London-based actress. “I find it to be a creepy-cool place. I always like these old institutions. It feels like Musso & Franks.”

Photographed by Julien T. Hamon at the Town Hall Hotel in London, the pictorial features Pike alongside one of her childhood friends, which she said was the “big draw” for her. “We had a real girl’s day,” she explained. “It was a photographer who shoots on film, which is rare these days. There’s always this obsessive immediate need to look at images and, with this, it’s trust. You’re free because you’re not looking back at yourself. You’re just being.”

While her BFF was unable to attend the dinner, Pike brought along hairstylist Lori Guidroz, who she met while shooting her latest film “Hostiles.” “As you can see, we became really close,” Pike said, adding that the film was “the toughest shoot I’ve ever done.” Even so, she relished the chance to collaborate with Christian Bale. “Working with him lived up to the expectation,” she said.

Singer Justine Skye was also featured in the issue and brought along her mom to celebrate. “I think this is, by far, the best shoot I’ve done for a magazine,” she said. “They captured the color of my hair really well.” Known for her purple mane, the singer insists, “I think my hair will always be purple—even when I’m 70-years-old.”

As for the tight green dress XCX donned during dinner, she said it wasn’t intended to be a nod to St. Patrick’s Day. “But let’s go with it,” she quipped.