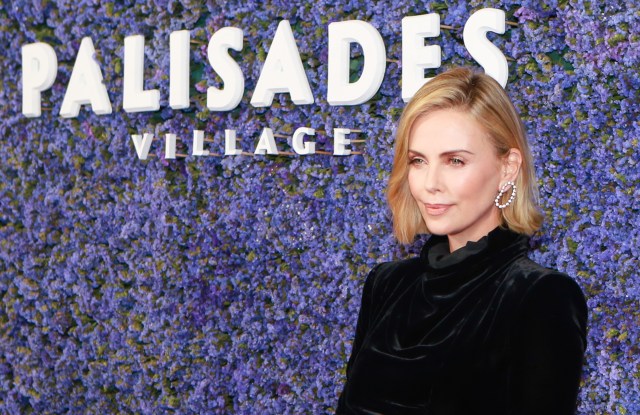 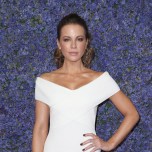 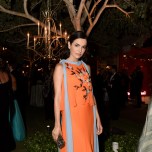 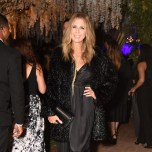 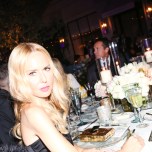 “How many of you got dressed up to come here tonight and how many of you are on your way home from the Emmys?” joked master of ceremony Kevin Nealon. The “SNL” alum wasn’t too far off, as the lavish gala that Rick Caruso threw on Thursday to celebrate Saturday’s opening of his latest retail center, Palisades Village, bore many similarities to a Hollywood awards show.

For starters, the attire was black tie, something that guests were kindly reminded of in a follow-up e-mail to the weighty, boxed hard invitation. Indeed all the men came in their best tuxedos and many women’s gowns rivaled those seen on Monday’s Emmys red carpet. The stars were A-list as well: Charlize Theron, Mindy Kaling, Billy Crystal, Riley Keough, Pete Yorn and Rita Wilson. Those who didn’t arrive by chauffeured car were treated to complimentary round-trip Uber Black service, so even the valet station looked classy.

The center itself, which was built to blend seamlessly into the tony seaside community, was also dressed up for the occasion with twinkling purple and blue lights, a white carpet, opulent dinner tables and a full curtained outdoor stage bearing a lit-up “Caruso” marquee, where John Legend performed during dessert.

Inside the stores, which included Rachel Zoe, A.L.C., Anine Bing, Cynthia Rowley, Tamara Mellon, Cuyana, Towne by Elyse Walker and Zimmermann, workers were still putting the finishing touches on fixtures while the hundreds of guests outside sipped Champagne and gazed into the lit, but locked, storefronts.

As Caruso pointed out, 20 of the 45 tenants are female-led businesses, and most designers and retailers were in attendance. Leilani Bishop of Botanica Bazaar had to beat an early exit to finish up her store, as did Andrea Lieberman. But Bing stayed til the end, having finished up her shop already. “I have the keys, so you can come see it tonight,” she offered.

Between Wolfgang Puck-prepared dinner courses, Caruso even took the opportunity to launch his own set of awards, the Steadfast Awards, which he doled out to the team who helped build the center, from the leasing execs to the electrician and the “concrete guy.”

“We’ve already figured our walking route,” said Billy Crystal, who serves as honorary mayor of Pacific Palisades. Nealon, who is also a local resident, took the opportunity to joke about it. “I’m going to come relax in this beautiful park with my laptop, where I’m going to search for better prices on the stuff for sale here.”

Caruso then took the opportunity to plug his alma mater University of Southern California, where he is chairman of the board of trustees, saying “If you’re not a USC fan you can’t shop here — just kidding, I’ll take anyone’s money.”