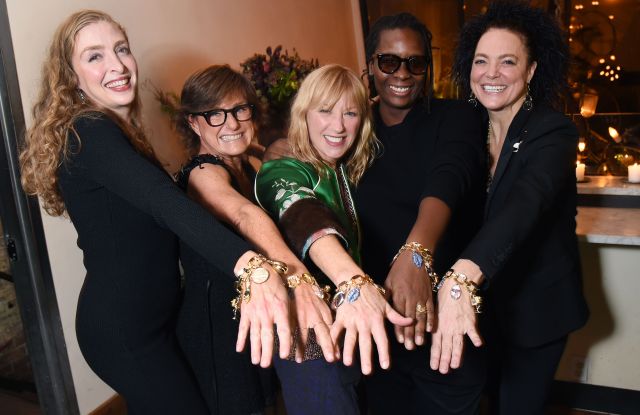 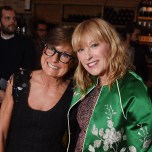 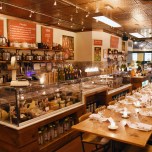 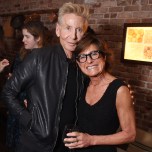 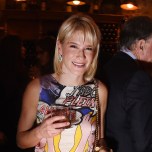 “Clearly, I’m starstruck,” said Ippolita Rostagno, surveying the upper floor at Il Buco Alimentari & Vineria. An arty crowd had gathered to celebrate Charmed by LizWorks and Ippolita, a collaborative wearable art project. Seven artists had each designed a charm for the bracelet — Shirin Neshat, Barbara Kruger, Laurie Simmons, Wangechi Mutu, Rachel Feinstein, Mickalene Thomas and Cindy Sherman — and the latter three were roaming the room before dinner. Calvin Klein surveyed the $58,000 18-karat gold bracelet laying on a center table, one of an edition of 50, while the artists modeled the substantial piece of jewelry on their wrists. One guest was quick to point out that given the prestige of artists who contributed to the project, the bracelet is quite the art bargain.

“The most amazing thing, and surprising too, was each charm did not tell the expected story,” Rostagno explained before dinner. “I said, ‘OK, I know if I did a charm with Cindy Sherman what it would look like.’ But the thing she came up with was not at all what I would have expected.”

“I did the egg because I have chickens at my country house, and I’m really into them,” Sherman explained of her design, a golden egg that hinges open to reveal two black-and-white portraits. Many of the charms on the bracelet include signature flourishes of the artists — Simmons contributed a camera with legs; Thomas added blue sapphire-encrusted lips.

“It’s the charm bracelet I never had,” declared Liz Swig, who was the link between the jewelry and art components of the project. “I literally one day just was like, ‘I want to do a charm bracelet, where have charms gone?’ It just popped into my head,” she continued, giving the bracelet on her wrist a jangle. “The surprise is that it came out of my head, and that it’s now on my wrist.”