The French jeweler hosted a party for rising talents at its headquarters on Place Vendôme. 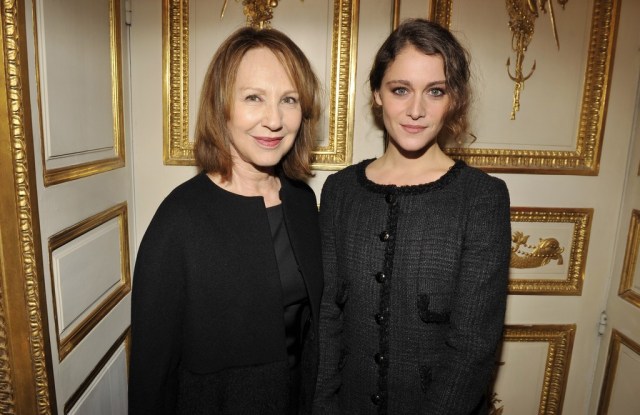 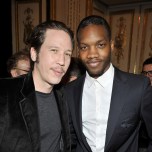 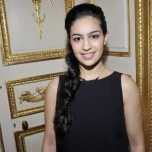 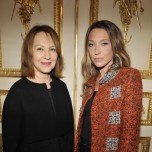 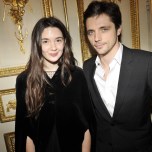 Coming a day after a march that brought an estimated 1.5 million people to the streets of the French capital in the wake of a series of terrorist attacks, the event prompted soul-searching from young actors and their mentors.

Eric Judor, best known as half of the popular comedy duo Eric and Ramzy, was mulling the limits of freedom of expression in the wake of the attack on satirical newspaper Charlie Hebdo last Wednesday that left 12 people dead and set off a chain of related killings that claimed five more victims.

“It’s made me question a bunch of things and it’s too early to analyze anything. We’re still living it,” said the actor and writer, who has starred in spoofs such as “Halal State Security” and “Don’t Die Too Hard!”

He was accompanying Philippine Stindel, who recently made her big-screen debut in “Mercuriales,” an art-house film set in the multicultural suburbs of Paris. She described her character as “a slightly extroverted girl who is struggling to make a living, who wants to be a dancer and who ends up becoming a stripper.”

Why did she pick Judor as her “godfather” for the annual event? “Because I used to be a stripper in the Nineties,” he interjected, proving his comedic reflexes are still intact.

Claire Dévé-Rakoff, the jeweler’s creative director, plopped into a seat in a dark side room to catch a screening of the short black-and-white film by Mathieu César featuring the 32 budding thespians vying for the prize for most promising actress and actor at the César Awards, the French equivalent of the Academy Awards.

She said she was caught up in the popular fervor and decided to join Sunday’s march, despite fearing another attack.

Raphaël Personnaz, currently on screens in serial crime thriller “L’affaire SK1,” said he went on stage at the Théâtre Hébertot to perform in Beau Willimon’s play “Farragut North” on the day of the Charlie Hebdo massacre.

“I had performed it 115 times. That 116th time was peculiar, because we felt the meaning and weight of each word,” he recalled. “There was an intensity of emotion I have never felt before. I get the feeling that we’ve understood that art and culture can help us make sense of this world that is increasingly beyond our grasp.”

Baye called for “tolerance, open-mindedness and goodwill” as the country heals from its worst terror attacks in more than half a century. “With globalization, there will be a growing mix of races, cultures and religions, and that is also what will make countries rich. You have to move with the times,” she said.

The veteran actress will be seen with newbie Ariane Labed in Belgian movie “Prejudice” next spring. Labed, who has earned plaudits with her starring role in Lucie Borleteau’s recently released debut “Fidelio, l’odyssée d’Alice,” also has a cameo in the upcoming “The Lobster,” with Colin Farrell and Rachel Weisz.

Labed said she hoped the young generation would remind filmmakers of their role as artists.

“Since this is also an industry, I think we tend to forget that we’re here to ask questions, that we’re artists, so I would like us to go back to basics and start figuring out together what exactly cinema stands for, what kind of freedom it gives us, because it’s a very young art form and we can do anything with it,” she mused.