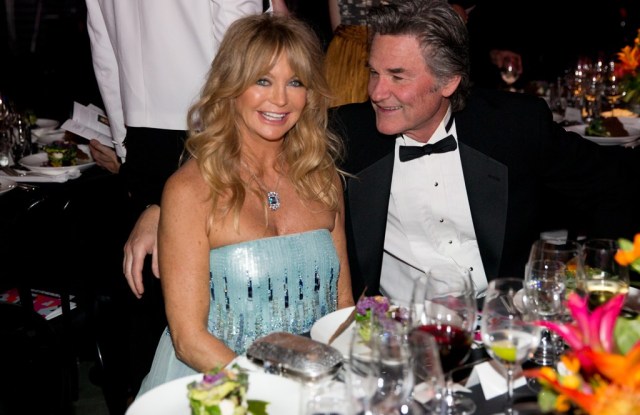 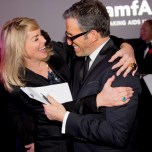 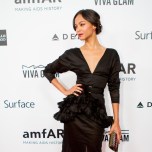 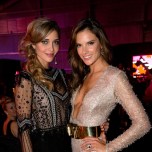 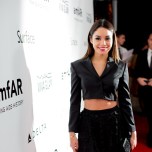 Sharon Stone got flashes popping at amfAR’s fourth annual Inspiration Gala held on Thursday night at Hollywood’s Milk Studios. As a rowdy mob of red-carpet photographers cried out, the actress suddenly stopped posing and asked the pack to quiet down. Her request was miraculously met with a moment of silence, followed by a spontaneous speech. “We couldn’t do this without you, and I’d like to say thank you to you guys,” the longtime AIDS activist told her captivated audience as they erupted into applause.

And so began the evening, which was presented by MAC Cosmetics’ Viva Glam campaign, and attracted the likes of Zoe Saldana, Vanessa Hudgens and Kelly Osbourne, who each stood out among a sea of black suits and bow ties. Meanwhile, Chelsea Handler played emcee. “I hosted this event last year and I was sure that they wouldn’t ask me back and then they did.…So I’m going to try and make this the last time,” she deadpanned. “We’re going to celebrate some people who are making a difference, raise a little money for the cause and drink — because nobody is going to bid on a signed Elton John kidney stone when they’re sober.”

“One of the greatest things in my life has been finding happiness in giving back,” said Hawn, who made it a family affair with partner Kurt Russell and son Oliver Hudson by her side. “When I was a little girl, my mother used to say…‘Honey, when you grow up, I want you to give 10 cents to every dollar for people in need.’ It was instilled in a young time in my life that part of being human was the ability to feel compassion and to put yourself in someone else’s shoes.”

Seventies icon Grace Jones performed her greatest hits including “Pull Up to the Bumper” and “La Vie en Rose” — though the evening truly hit a crescendo when the relentless Stone led a live auction that included tickets and backstage access to Donatella Versace’s upcoming February fashion show in Milan. “Would you like to make out with me?” purred Stone, attempting to coax shy bidders. “Are you a good kisser?” The tactic paid off — and quite literally. Her efforts helped push the evening’s total to $3.5 million raised for the foundation’s AIDS research programs.