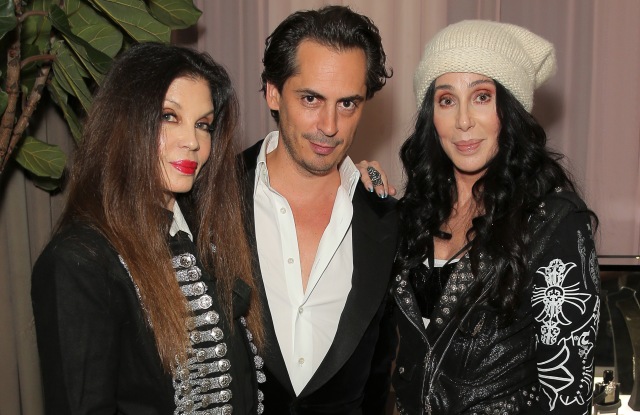 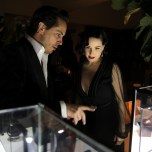 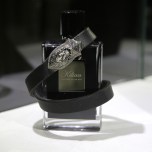 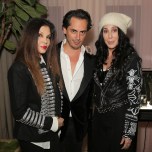 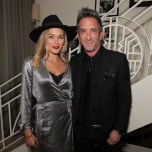 “I’m not a big goer-outer, but I did it for Loree,” said Cher of playing hostess at a dinner on Tuesday night to celebrate her longtime friend Loree Rodkin’s jewelry collaboration with perfumier Kilian Hennessy. “I told her, ‘B-tch, you better do it,’” said Rodkin. “That, and, ‘You’re staying for dinner,’” said Cher, adding, “I’m not a big stayer, either.”

But the music superstar did indeed stay through the late dinner, very much at home amongst friends including Melanie Griffith, Alana Stewart, Barbara Bach and Laurie Stark. Ever the entertainer, Cher kept the small dinner party, held in a town house suite at Sunset Tower, lively with stories from her and Rodkin’s colorful past.

“We met when Bernie [Taupin, her then-fiancé] took me backstage at one of her concerts,” said Rodkin, a former interior designer and talent manager.

“Actually, we used to hate each other,” interjected Cher. “She crashed one of my birthday parties. But we’re like the same person, so we became best friends.”

Proving her loyalty, Cher even saved her friend’s head from going up in flames, swatting at Rodkin’s hair when her long tresses accidentally brushed one of the candles. “If anyone’s wondering what that new scent is, it’s my burnt hair,” she deadpanned.

Rodkin had another fan in Davis Factor, who has known her since he was 12 years old. “I think she was with Don Henley when I met her,” he said. “She’s always had amazing taste.”

Hennessy has only known Rodkin for three years, but the two also have different versions of how they met. “Loree says it was in New York and I say it was in Paris, but regardless, we share a very similar sensibility. I think her jewelry is very much like a seductive shield, and the motif on the side of my perfume bottle is actually a shield. So it’s really a perfect partnership,” he said.

Though he called the Los Angeles party “very much Loree’s crowd,” and the New York fete, held a week before at cabaret club Omar’s, more his vibe, Hennessy invited his good friend Dita Von Teese to join the celebration. He also made sure to hand-select a fragrance for the hostess, noting, “Someone told me she likes vanilla.” This was then sprayed onto the white ceramic piece inside one of Rodkin’s locket-style bracelets, all the better for the wearer to enjoy its scent all evening. “Many people ask if that little thing is cocaine,” chided Hennessy. “No, but I’m keeping it anyway,” quipped Cher.