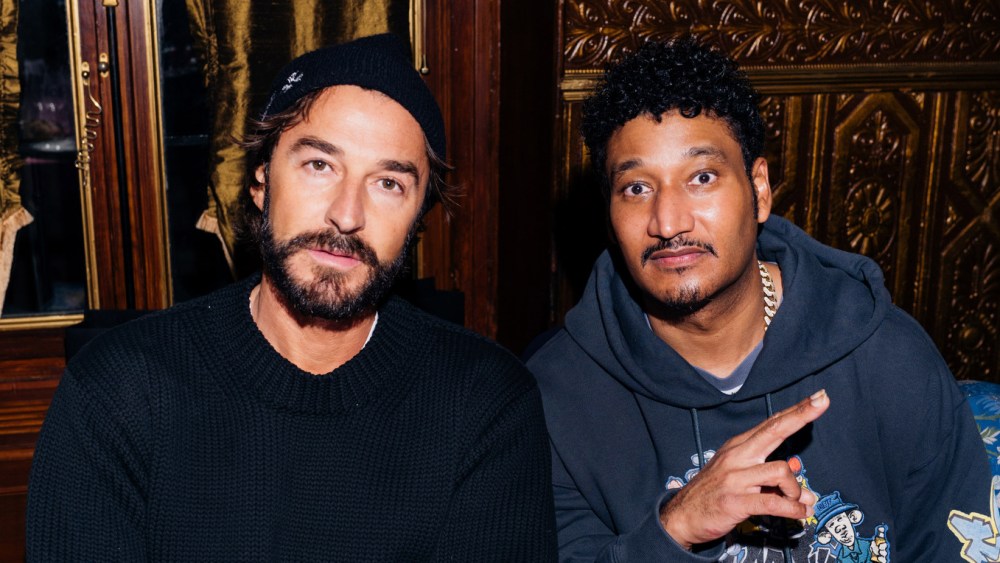 If you’d bet the only epic evening awaiting the Chicago Bulls basketball team in Paris was Thursday night’s NBA Paris Game 2023, facing off with the Detroit Pistons, you’d have been wrong.

It turns out their first exploit in town was a celebration of the Off-White and Chicago Bulls capsule collection, a birthday party, a marriage proposal and a fashionable dinner — all rolled into one evening at famous eatery Lapérouse.

There even was a tunnel moment, thanks to its flower-bedecked entrance that saw not only the basketball stars entering, but also an eclectic crowd from Off-White chief executive officer Andrea Grilli and the brand’s art and image director Ib Kamara to golfer Paris Hilinski, “Emily in Paris” star Paul Forman and models Stella Maxwell and Alton Mason.

“They’re athletes,” joked streetwear designer Don C, who now serves as the team’s creative strategy and design adviser, surmising the players would even manage to cram shopping and sightseeing with their families into their visits.

Asked if he had any points to give them on tunnel style ahead of Thursday’s game, the streetwear pro said advice was unnecessary as they were “naturally, authentically fresh to death already.” That said, he pointed out that whatever made one look and feel good “built confidence and that transcends also onto the court.”

One thing that is sure to look good, feel good — and do good — was a Chicago Bulls x Off-White varsity jacket signed by the whole team, which will soon be auctioned to the benefit of the Virgil Abloh Securities creative corporation and its philanthropic endeavors.

Earlier in the evening, there had been a cascade of celebrations for the elite basketball players. The lull between main courses and dessert was the moment Derrick Jones Jr. chose to pop the question to girlfriend Mieka Joi.

As congratulations rained on the happy couple, a cake made its entrance for the evening’s other occasion worth celebrating: the 23rd birthday of the team’s shooting guard Ayo Dosunmu.

All were certainly in the mood to cut a rug, and the group descended into one of the many hidden lounges of Lapérouse, accompanied by the sounds of the Jazz Cool sextet, orchestrated by designer Stéphane Ashpool.

The Frenchman, who launched the multidisciplinary Jazz+ offshoot of his brand Pigalle Paris, is equal parts fan of the genre and of basketball. He revealed he’d be hosting the red carpet at Thursday’s NBA game and interviewing guests for the basketball organization’s social platforms.

“Since I speak French and English — OK, a little English, they asked me along,” he quipped, looking as pleased as punch.

For Kamara, the evening felt bittersweet as his thoughts went to the late Virgil Abloh, whose many loves were represented here, from his hometown of Chicago and its iconic team to design and collaboration.

“It’s beautiful to see Off-White go into this space, with Chicago Bulls,” he said. “It’s something that is so close to Virgil. It’s a beautiful memory, a continuous legacy.”