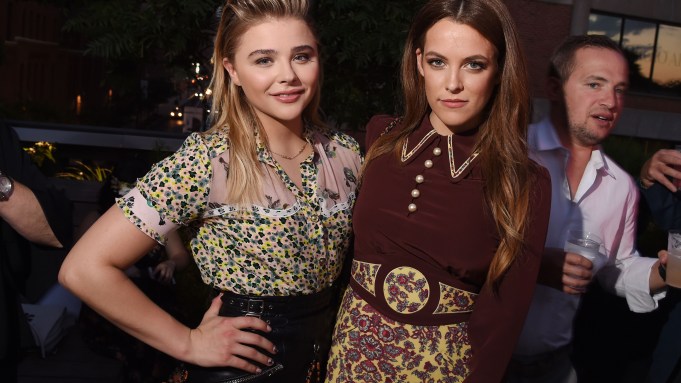 There is perhaps no pairing that could better incite a frenzy among the larger style-conscious population than a complimentary glass of Rosé, floral crown compris. As a brand that continues to learn and deliver what the larger female population wants (at least, according to its third-quarter net sales results, up 11.2 percent to $1.03 billion) Coach intuitively provided those very amenities at its annual Summer on the High Line event Wednesday evening.

There, Chloë Grace Mortez, Hailey Baldwin and Parker Posey attended amongst a mass of the canapé-crazed, many of whom wielded bread sticks as staffs, parting the High Line’s sea of selfie-takers on their quest for the next amuse-bouche.

While carefully tending to the leather-goods house’s stable of celebrity PYTs, Coach executive creative director Stuart Vevers told WWD that he is looking forward to a quiet summer: “I never go away on weekends, I’m in the city — suddenly you can get a reservation at your favorite restaurant again. It’s kind of quiet.”

He alluded to the label’s uptick in earnings, that while modest, managed to generate optimism among investors. “I feel really excited about the potential, now we definitely have a lot of belief around — people starting to think we can do it,” Vevers said of the brand turnaround he and chief executive officer Victor Luis have overseen.

In April, Coach was named by WWD student readers as one of the industry’s 25 most desirable places to work. “Initially I only had a lot of the people I kind of approached, people I knew who had faith in me and what we can do but now people are really into the idea [of working with us]. People know what we are doing, they understand the vision more clearly,” Vevers said of the uptick in interest regarding employment at the brand.