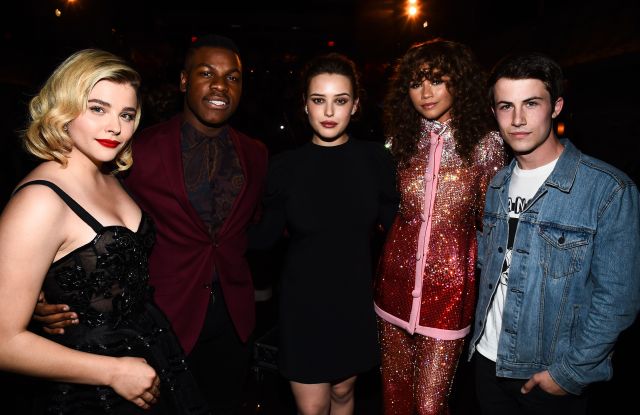 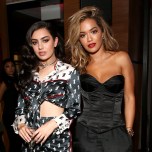 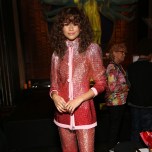 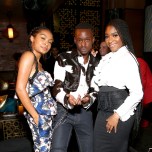 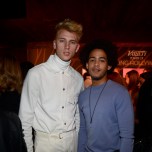 It may be the dog days of summer, but a select group of actors was hard at work on Tuesday night at Variety’s Power of Young Hollywood event. Honorees Chloë Grace Moretz, Zendaya, Rita Ora, John Boyega, Dylan Minnette and Katherine Langford showed why they’ve risen to the top so quickly — nonstop dedication beginning at young age.

“I was only 11 years old when ‘Kick Ass’ happened,” said Moretz of star turn. “I actually saw a photo just yesterday of me holding a M16 as an 11-year-old, running around and doing flips and stuff.” Of her unusual training, she said, “It’s something you don’t really think about and it just kind of happens and all of a sudden you have this skill set. I love the fact that I can flip knives and do some crazy martial arts and krav maga. The beauty about this industry is that every movie you do, you learn a new set of abilities. It could be a new language, a new accent, a new time period.”

At just 20, Moretz has already managed to take a year off of acting. “It’s really exciting to have this whole career in front of me and to be cognizant of it. I took a year off, which was really important to me. I got to sit there and metabolize what I wanted to be and who I wanted to be. It felt like a gap year between high school and college and now I feel like I am starting my freshman year and I haven’t chosen my major yet,” she said.

Would she ever elect to go to college? “When I was younger I really wanted to go away and ship myself off but now I look at it and I teach myself every day. Right now I want to live in being an actor and really learn my craft and maybe move into directing soon. I’m producing currently, so I’m really having fun playing around with the beauty of this industry.”

Zendaya was also following her passion. “For me, I just follow my heart and do what makes me feel good. If you are not happy, then you shouldn’t be doing anything at all. It’s always following that natural instinct, what I call my Olivia Pope gut. That’s usually the best decision,” she said.

When asked how she keeps her millions of fans engaged, whether it’s her latest film or social cause, she said, “Social media allows that, right? It allows us to stay connected to people and understand what’s going on in the world. I try to do my best to use it as a positive tool. Sometimes of course, we use social media for negative things, but I think if we really focus on the good things and hone in on trying to make it a good tool then we can do some really great work.”

“I don’t know what I’m supposed to be doing here except chilling. There’s more to come, but this is the start of a rain of [magazine] covers and I’m quite happy to be a part of it.”

He said he’s soon going on holiday with his family, but “I don’t tell anyone where I go. I just go, so I get privacy. But it’s somewhere nice and hot.”