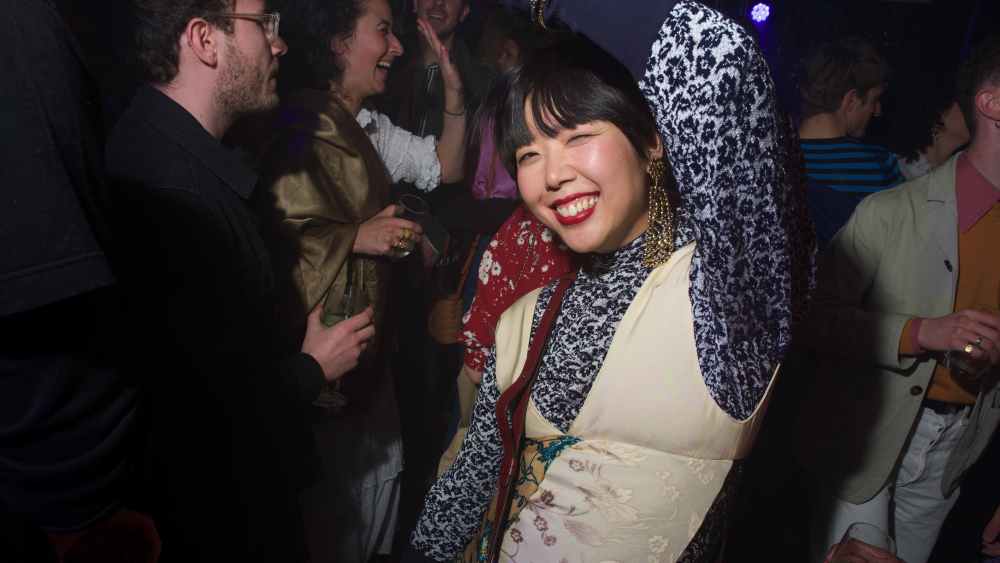 A NIGHT IN PROVENCE: Guests joked that it felt as if the whole of Paris Fashion Week had been flown over to Hyères, the seaside town in the South of France that hosts the annual Hyères Fashion Festival.

After a long day of jury duty, Chloé creative director Natacha Ramsay-Levi, who was president of the fashion jury for this year’s edition, invited guests to relax in the gardens of the Hôtel le Provençal for a one-of-a-kind Chloé party on Saturday.

Pierre Banchereau, of Parisian florist Debeaulieu, agreed the weather was an essential component for parties in the South of France.

“For me, parties in the South are necessarily outdoors wearing sandals,” said the florist, who crafted gigantic bouquets dotted around the Villa Noailles, where the festival is based, including a staggering sculpture of plastic-looking anthuriums as well as dozens of peonies, the local flower. “There is also something laid-back, a certain friendliness — parties in the South are never impersonal.”

“Contrary to Paris, here people party with a smile on their face,” said the actress, who played Betty Catroux in Bertrand Bonello’s biopic on Yves Saint Laurent. “There is a real interaction and simplicity — I don’t want to say that there is less pretension, because that wouldn’t be very nice, but you get the idea.”

Other jury members, including Liya Kebede and graphic design duo Michael Amzalag and Mathias Augustyniak of M/M Paris, trickled in to the event space.

Ramsay-Levi greeted Rushemy Botter and Lisi Herrebrugh, last year’s winners and current creative directors of Nina Ricci, while stylist Camille Bidault-Waddington, who served on the fashion jury, was spotted chatting to Loïc Prigent, whose documentary on Karl Lagerfeld, “Karl Lagerfeld Se Dessine,” was shown at the Villa Noailles on Thursday.

Marie-Ève Lecavalier, winner of last year’s Chloé prize and founder of ready-to-wear label Lecavalier, measured the event’s vibe against parties in her hometown of Montreal.

“Nights out in Montreal involve a lot of beer and a lot of shouting,” laughed the designer, who was demonstrating her tip to halve queuing time at the open bar — order two drinks at once.

Chic’s “I Want Your Love” came on, selected by DJ Silvia Prada. The crowd went wild.

“If they continue playing these old Seventies disco tunes, I’ll end up voguing on the stage,” Lecavalier warned.