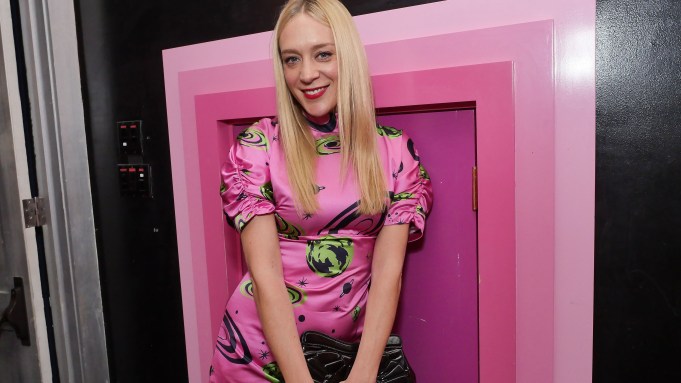 A portrait of the artist on the road. This was the idea behind Chloë Sevigny’s “Carmen,” the short film she directed as part of Miu Miu’s Women’s Tales series.

The short debuted Sunday night, luring the likes of Tavi Gevinson, Jeanne Damas, Kate Foley, Zosia Mamet, Chiara Ferragni and Paul Dano to The Roxy Hotel for popcorn, a viewing, and oysters and cocktails — in that order.

Shot in two days, “Carmen” follows Carmen Lynch, an up-and-coming comedian whom Sevigny discovered with the help of friends who work at Upright Citizens Brigade. “I knew that [Lynch] was not so well-known yet and just wanted to exploit her, basically,” Sevigny joked. As she finished her sentence, a woman came by to offer her a glass of water. “Oh, maybe I’ll double fist,” she exclaimed after glancing at the drink already in her hand.

The short is a delight. Lynch’s humor is irreverent and self-deprecating, and it’s clear that Sevigny has a director’s eye. Though she still loves acting, Sevigny hopes to try her hand at a few more shorts and eventually, a feature film.

“I think as I’m getting older, I’d like to have something else to do and I do find it more fulfilling, directing,” she said. “And I’m a control freak, so I like to be in control of everything.”

Sevigny hasn’t done much in terms of fashion week; she outright stated that she wanted to do “as little as possible” this time around. “I went to the amfAR event, which was not really, I don’t know,” she said. “Is that fashion? Charity? Fashion? This is my first big thing.”

Despite her lack of involvement in this round of shows, Sevigny remains a fashion — and Miu Miu — girl at heart. “I’m in love with Miu Miu and the Miu Miu girl and the fantasy that they always create,” she said. “I hope I can keep wearing it, now that I’m in my early 40s. I’m pushing it.”