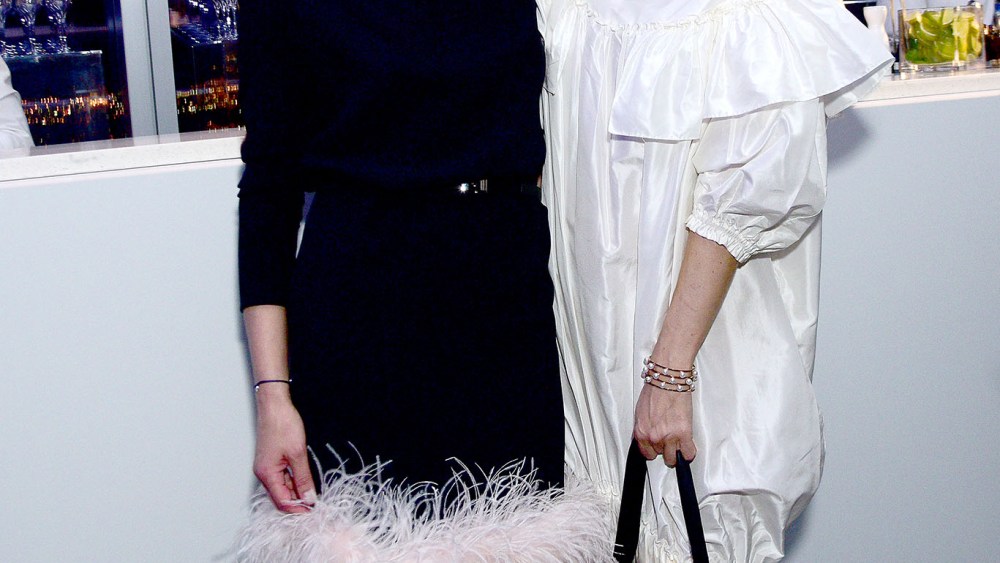 “I don’t know what the word is when you’re addicted to pens or writing instruments,” said Chloë Sevigny. Wearing a white Simone Rocha dress with Balenciaga heels she bought at Barneys New York that day, Sevigny stood in the One World Trade Center Observatory, where Montblanc held a dinner celebrating the 75th anniversary of “Le Petit Prince” and the brand’s new collection in honor of it.

“I’m really feeling the vibes,” Sevigny said of her outfit. “I feel like a little prince-ess, prince.”

“I love penmanship and I love receiving personalized notes and thank you notes — it’s something that my mother instilled in me when I was a young child,” continued Sevigny. “She worked at a stationery store, so I had endless, endless forms of stationery and note cards and whatnot. I studied calligraphy and it’s something I grew up with that was really important in our family.”

Asked for his thoughts on the value of the written word in the age of technology, Lucky Blue shared, “You can send a text to someone and say thank you for something over e-mail, [but] writing something out is much more special. If someone wrote something out to me, I’d be like, ‘oh dang cool. They took time, that’s really cool.'”

Diego Boneta, who plays famed Mexican singer Luis Miguel in a new Telemundo television series, echoed the sentiment. “I’m very old-fashioned when it comes to that,” he said. “There’s nothing I like more than a handwritten note, being able to take your time and write a note to someone — with the date. There’s something about the tradition of that.”

Asked for her favorite childhood story, Sevigny quickly responded with: “‘Thumbelina.’ [I’m a ] classic fairytale kind of gal. I was really into the outdoors and flowers and foliage. I used to have a little fort under a forsythia bush, so the idea of being very small and living on a lily pad really appealed to me.”