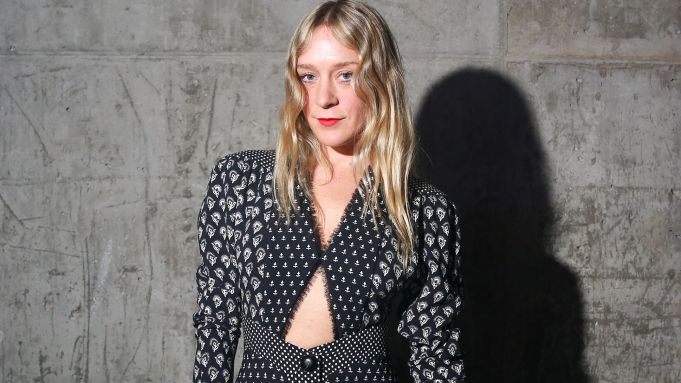 “I’m not participating,” said Chloe Sevigny of fashion week. Ironically, she was speaking from inside Proenza Schouler’s party celebrating their new fragrance, Arizona. “This is the only thing I’m doing.”

Held at Skylight Modern, the party officially kicked off around 9 p.m. with a ceremonious gust of pink smoke that rose up from the basement of the building. As guests like Sevigny, Dakota Fanning, Sienna Miller, Alexa Chung, Soo Joo Park, Susie Lau, Rowan Blanchard, Ellen von Unwerth and Jonah Hill (of all people) arrived over the course of the following hours, they were baptized by the fog and greeted on the other side with Champagne.

Inside, there was a virtual reality station set up next to a display that featured mounds of sand, a television and large rocks, on top of which sat a large bottle of the Arizona fragrance.

“I look for something that’s not too overwhelming, something a little earthen and not too, for lack of a better word, old-fashioned, something that’s accessible,” shared Sevigny of her fragrance preferences. “I’m actually wearing Arizona tonight. It’s really nice, it’s very subtle.”

Nearby, photographer and Hadid friend Alana O’Herlihy danced to house beats spun by the DJ, while Fanning and her handlers sat down on floor cushions. As the early-morning hours approached, SZA, who arrived with her mother, took to the stage to perform.

The fashion favorite had it covered for the weekend.