The designer and his longtime friend Valérie Schlumberger held a party on Tuesday night in Paris.

By Laure Guilbault on May 4, 2016
View Slideshow 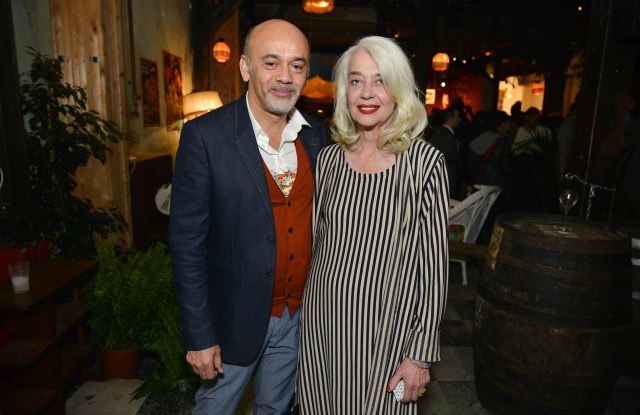 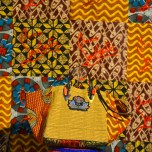 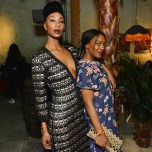 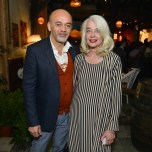 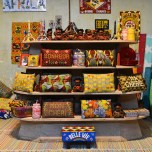 FOR A CAUSE: There was a cool, exotic, all-in-the family vibe Tuesday night at Le Comptoir Général, an African bar tucked away by Paris’ Canal Saint-Martin, where Christian Louboutin and his longtime friend Valérie Schlumberger celebrated the launch of the Africana tote bag.

Louboutin created it with Senegalese women from La Maison Rose, Schlumberger’s charity that provides financial relief to vulnerable women and trains them in the art of embroidery. Ten percent of the bag’s proceeds will support the nonprofit organization.

“We wanted the charm and beauty of the African fabrics, and to make the bag perfectly structured to show two types of excellence [Senegalese and French craftsmanship],” said Louboutin, sipping bissap juice made of hibiscus flower.

“It’s a wonderful place,” he said.

Schlumberger, herself a designer and mother of five, lives partly in Senegal. She created CSAO 20 years ago to bring West African furniture, accessories and textiles to Europe.

“We’re enlarging the boutique this summer and the reopening is slated for September,” she said.

Schlumberger and Louboutin and have known each other for 30 years. She recalled inviting him as a young man to Brittany, on France’s west coast. “He would switch between gardening and sketching shoes. He had an overflowing creativity,” she said.

“He’s like our godfather,” said Ondine Saglio, Schlumberger’s daughter, who sourced the wax fabrics for the bag.

“I want it for Cannes,” said Camille Séydoux, another of Schlumberger’s daughters. “Tote bags are a little complicated for walking up the steps, but they’re perfect to bring your essentials — and heels — when you go for your interviews.”

Séydoux, a stylist, is to dress a flurry of French actresses, including Adèle Exarchopoulos, at the Cannes Film Festival starting next week. There, Exarchopoulos is to ascend the steps to present Sean Penn’s “The Last Face,” also starring Charlize Theron and Javier Bardem. The movie is competing for the Palme d’Or.

Séydoux’s sister Léa, who attended the Met Gala in New York the prior day sporting Louis Vuitton, couldn’t make it to the Comptoir Général event. She, too, will be in Cannes after starring in “It’s Only the End of the World,” Xavier Dolan’s film that’s also competing.

Guests nibbled on African delicacies, including cod fishcakes and rice, and danced to African and jazz beats. Saglio’s seven-year-old daughter drew the winner of a raffle, whose first prize was an Africaba.

The tote bag, priced at $1,250, hit Christian Louboutin’s doors on Wednesday. It’s already sold out on the designer’s e-commerce site, where it launched April 12.