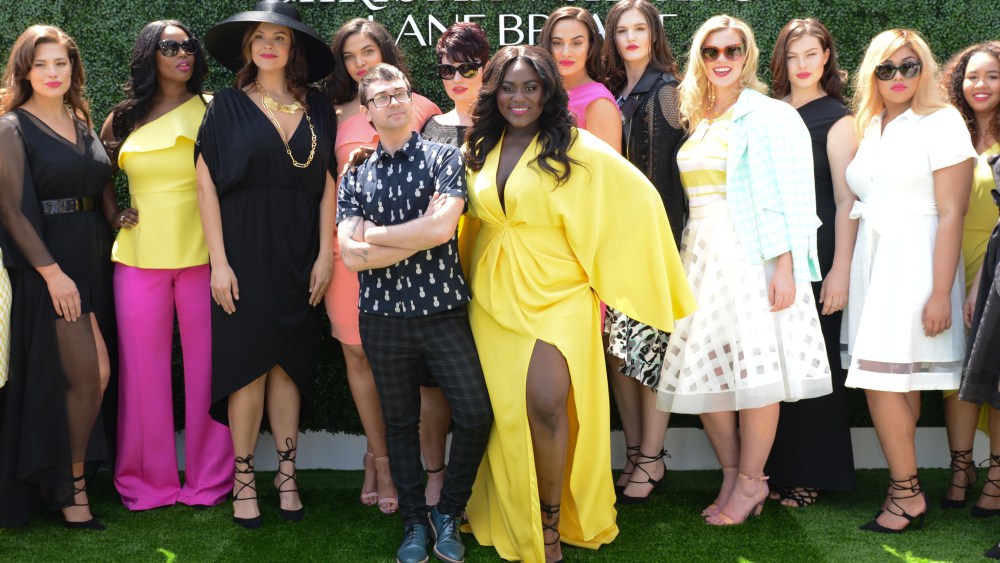 Despite a wave of progress within the plus-size industry and an increase in body inclusive imagery, more women don’t like their bodies today than they did 20 years ago.

According to a survey commissioned by Glamour, 54 percent of women are unhappy with their bodies and that’s up from 28 percent in the Nineties.

“How did we get here?” asked Cindi Leive, Glamour’s editor in chief who spoke at the first annual Empowering Women Summit that was held Monday at the United Nations in New York. The Summit was organized by Susan Moses, celebrity stylist and founder of Empowering Women NYC, and Lane Bryant, who partnered with Glamour on a collection and special issue.

Before panelists and speakers attempted to answer the question posed by Leive, guests took in the Christian Siriano for Lane Bryant fashion show, which was held on an outdoor terrace. The show featured Siriano’s spring 2016 capsule collection worn by key players in the curvy girl ecosystem: bloggers including GabiFresh and Nicolette Mason; models including Ashley Graham and Candice Huffine, and celebrities including Danielle Brooks of “Orange is the New Black.”

Brooks, who served as Siriano’s muse for the collection, closed the show in a floor length, canary yellow dress that flitted dramatically in the wind.

“My 15-year-old self is leaping for joy,” said Brooks when asked how it felt to be the inspiration behind the line. The Tony-nominated actress sat on the first panel, Body Inclusivity and Diversity: Moving the Evolution Forward, with Liz Black, a plus fashion writer; Mark Fina, executive creative director at Spring Studios; Philomena Kwao, a plus model, and moderator Bernadett Vajda, a plus-size model.

When asked by Sherri Shepherd, who proudly proclaimed she was a size 16, how Brooks got to a place of self-acceptance, the actress said the following: “I had to tell myself that I was beautiful until I believed it.”

Brooks added that she also had to accept and acknowledge the things she doesn’t like about herself, which she did in a popular essay published by Glamour.

On the industry side, Siriano said he promotes inclusivity by not treating customers differently based on their size.

“When a woman walks into our studio, it doesn’t click in our heads that this is a bigger woman so we need to design differently,” Siriano said. “People need to have an open door policy. If you want a great dress you are welcome. As long as you can write a check for it, it’s all good.”

“I think when you wake up in the morning it’s important to not believe in a standard,” Fina said.

Other speakers at the summit included Jill Scott, who preformed her poem “Womanifesto,” Linda Heasley, Lane Bryant’s chief executive officer, Mikki Taylor, editor at large of Essence, plus-size model Emme, and Graham, who gave a speech outlining curvy girl victories that have helped her get where she is today.

“How do we keep the momentum going?” she asked the crowd. “By continuing to do what we are doing.”