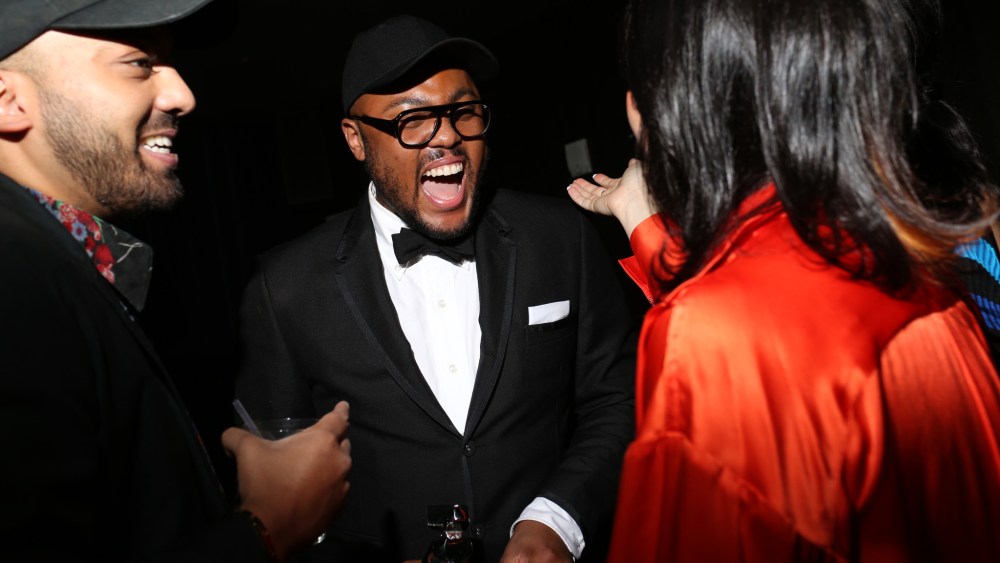 What is one to do after taking home the night’s top prize at the CFDA awards? Party, of course!

And Christopher John Rogers did just that. While the CFDA awards wound down up at The Pool + The Grill, Rogers’ family and friends gathered at 11 Howard hotel’s club, The Blond, where they eagerly awaited their VIP.

“I just think he’s out of the box,” raved Nicole Miller, who said she had been rooting for Rogers to win the big prize. She attended the party with her assistant, Cory Wilson, who she said is a big CJR fan, and thus spirits were high. She was, however, a bit let down to see Jameel Mohammed of Khiry lose out, as he was formerly her intern.

The man of the hour arrived after midnight to cheers, applause and yelps, and was quickly ensconced in one hug after another. His date for the night, stylist Amanda Murray, kept her red sunglasses on as she held court on a side couch. Rogers, meanwhile, embraced cofounder Christina Ripley, production director Alexandra Tyson and studio director David Rivera in big hugs, before joining the crowd that included actor Nolan Funk, social media influencer Blake Gray and designer Willie Norris. Nearing 1 a.m., the night was just getting its stride.