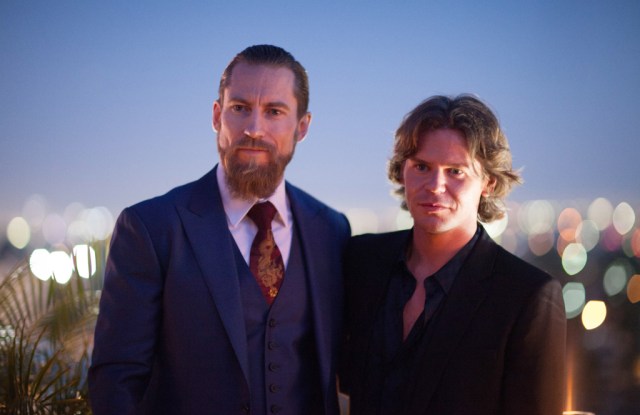 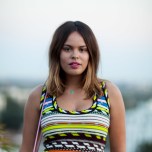 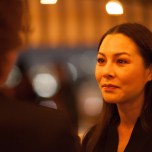 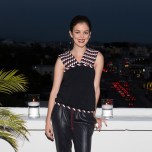 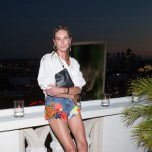 Christopher Kane may be living the dream for a young designer — which includes hosting a starlet-studded dinner party in the famed Penthouse of Chateau Marmont, as he did with MyTheresa.com on Tuesday night — but he’s still just a hard-working Scot who enjoys a bit of fun.

“For sure the last month has been crazy, like, ‘bang, bang, bang,’ but I’ve been in L.A. the last 10 days relaxing and trying to get a tan,” he said in his distinctive lilt. Was he staying at the Chateau? “No, I rented a house in Larchmont Village right by Paramount Studios,” he said. “I just love all the history. Even in the tougher areas, there’s still that sense of glamour.”

The scene on the rooftop terrace was pretty glam, thanks to Kane fans Erin Wasson, Atlanta de Cadenet, Agyness Deyn, Nora Zehetner, Jaime King and Hailee Steinfeld, who was rocking a Kane patent-leather pencil skirt. “I’ve always wanted to wear one. The only thing that kinda killed my vibe is that when I went to get out of the car, I was just going to swing my legs around and slide out, but you can’t really slide, because you stick to the seat,” she laughed. “Other than that, I’m killing it.”

While Steinfeld was meeting Kane for the first time, he and Deyn go way back. “I’ve known Christopher since I started modeling almost 15 years ago,” she said. “Even though I hardly go out, I’m like, in hibernation, I heard he was in town, so here I am.”

De Cadenet was introduced to the designer a few years ago in London through pal Daisy Lowe, but said she’s been a fan for much longer. “I remember the first time I fell in love with his clothes; this was before I was getting loaned things. He did a gradient rainbow chiffon dress, and I was like, ‘That is literally the coolest thing I’ve ever seen,'” she said. “It was sold out everywhere, but my dad knew someone in P.R. and found it for me as my birthday present. I still have it.”

Wasson also had pull when it came to snagging a sold-out Kane item – in this case, the $1,600 pair of denim cutoffs embroidered with neon flowers she had on. “I got these, and I’m like, ‘I’m going full-on tropical,’” she said of her cornrow ‘do. “It’s a little psychedelic Chiquita-banana vibe.”

Elsewhere, Kane was getting chatty with King and Steinfeld. “Hollywood’s such an important industry, that we all have to look at it and take note,” he said of the reason for his trip. “Celebrity and fashion have become so intermixed.”

To wit, his date for the Met Ball on Monday is not an actress, but a singer. “She’s very known,” he teased. “Especially with her, it’s all about the voice. She’s got that, and everything with it.” He called Monday’s affair “a surreal amount of pressure,” again referencing Hollywood. “That red carpet is like something from a Disney film. Actually, it’s like climbing a mountain, there are so many stairs.”