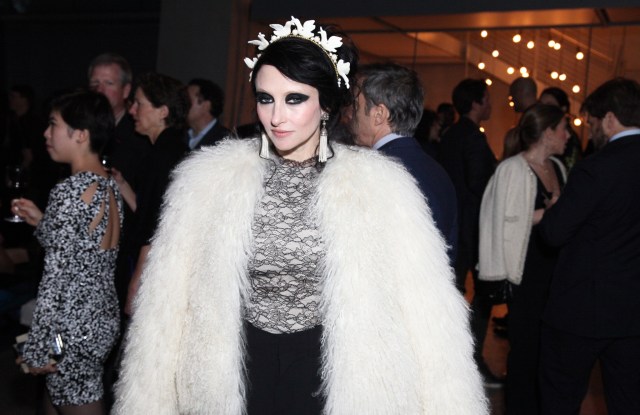 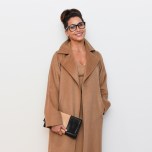 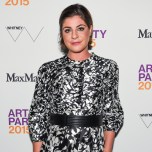 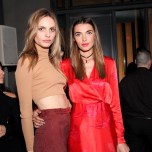 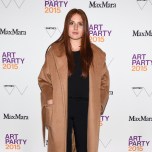 The Whitney Museum of American Art has had a mere six months to settle into its new Renzo Piano-designed, upgraded home in the Meatpacking District. With the institution’s present mounting of a Frank Stella retrospective being lauded as fall’s must-see show, and last week’s announcement of the curators selected to steer its 2017 biennial, the museum’s young patrons had ample reason to celebrate on Tuesday night.

The Whitney Contemporaries — the museum’s young patrons’ association — congregated for the 2015 installment of its famously debauched Whitney Art Party, this year sponsored by Max Mara. With a seated dinner for 100 guests in the museum’s Studio Café, followed by a larger affair for 600 people filling the building’s lobby atrium for drinks and dancing, the museum’s youngest benefactors helped raise more than $325,000.

The event drew a collective of luminaries from across New York’s totem creative industries — Chuck Close, Charlotte Kidd and Adam Helms from the art world; Jenné Lombardo, Andreja Pejic and Maria Giulia Maramotti from fashion, and Gina Gershon, Sophie Simmons and Micaela Erlanger from entertainment. It was as if the museum’s newly-reinvigorated mantra for provoking and promoting the new-and-new had manifested in its guest list — who surely appreciated the party’s new proximity to their downtown abodes, and the cheaper Uber fares to-and-from.

“We have so much wind in our sails,” said Whitney chief curator Scott Rothkopf of the museum’s current mind-set. “Although we are in a fancy new building, I think it’s only strengthened our sense of adventure.”

Max Mara U.S. retail director Maramotti, who was in attendance to represent the label’s steadfast support of the Whitney (it also sponsored the museum’s many opening events), said that although Max Mara is inherently Italian, and the Whitney thoroughly American, both entities have a global footing. “The Whitney is a world institution,” she said. “When you celebrate the Whitney, you’re celebrating the whole world.”