Cindy Crawford and family turned out to support Gerber's acting debut at a screening for Lifetime's "Sister Cities" in Los Angeles. 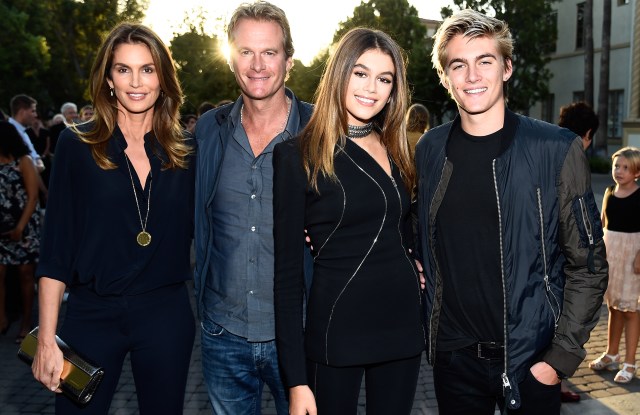 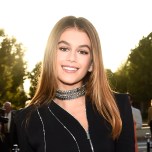 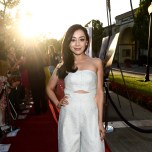 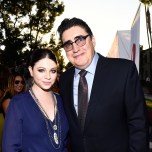 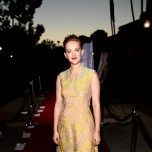 Name-chanting by onlookers at Hollywood premieres is usually reserved for stars such as Leonardo DiCaprio and Angelina Jolie. But 14-year-old Kaia Gerber managed to rile up the crowd at a screening for Lifetime’s television movie “Sister Cities.” It was the young model’s acting debut alongside seasoned thespians such as Alfred Molina and Jacki Weaver.

“You look so stunning. You look so beautiful,” cooed costar and “Pretty Little Liar” Troian Bellisario to Gerber. The fledgling model, a dead ringer for mom Cindy Crawford, greeted her castmates with hugs at the Paramount Theater in Los Angeles on Wednesday night. While Crawford, husband Rande Gerber and son Presley were there for moral support, they declined interviews to keep the spotlight on Kaia.

The younger Gerber, who’s been auditioning for roles since age 11, said, “It’s kind of been a whirlwind. I’ve never actually done a movie, so it was just a crazy experience for me. To be in this, like my first time doing a movie, is really crazy.” In “Sister Cities” she plays the younger version of Stana Katic’s character Carolina. The movie’s ensemble cast also includes Michelle Trachtenberg, Tom Everett Scott, Jess Weixler and Aimee Garcia.

Director and family friend Sean Hanish saw natural talent in Gerber, but he didn’t let her take it easy. “I heard through Cindy that she might be interested in doing a bit of acting,” said Hanish. “Cindy said, ‘If she’s interested, I want to make sure that she reads for you.’ Cindy drove her to the reading. She had to audition for the part and she blew it out of the water. There’s that special thing with an actor where there’s something going on behind their eyes. She had that thing where there’s depth.”

Gerber, who had come to the premiere from school, said, “I still get supernervous. I’m not used to this at all. I think people think I do this all the time, but I’m just a teenage girl.”

As far as her next goal she added, “I just want to continue modeling and helping that part of my career grow, but it’s still so early to know what’s going to happen. I just like letting it take me and seeing where it goes.”