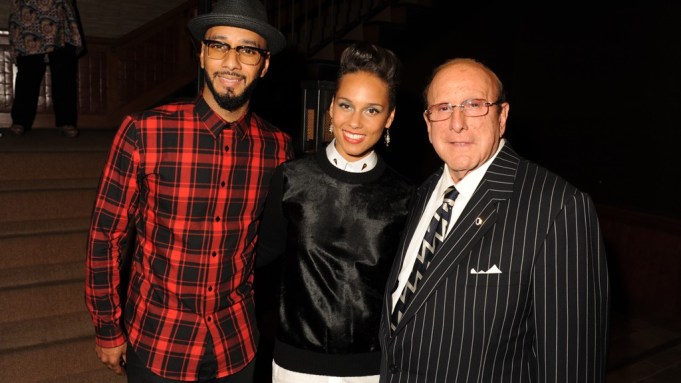 Jennifer Hudson may have an Oscar, Jordin Sparks is an “American Idol” winner and Alicia Keys has more Grammys than piano-playing fingers, but the show biz powerhouses all play second fiddle to the young title stars in “The Inevitable Defeat of Mister and Pete.” Skylan Brooks and Ethan Dizon give quietly nuanced performances that are both heartbreaking and inspiring as inner-city kids struggling to rise above their bleak circumstances in New York housing projects.

“It’s difficult material, but it’s also very human and very realistic,” said Keys, an executive producer of the movie, at a Cinema Society screening at the Tribeca Grand Hotel on Wednesday. “You’ll find yourself in one moment devastated and the next moment laughing hysterically. It’s like life. I think it’s a very human story.”

In the film, Hudson plays Mister’s heroin-addicted mother, Gloria, who turns tricks on the side to support her addiction — a far cry from her real-life teetotalist ways. To dive into the role, Hudson visited rehabilitation centers and talked to recovering addicts, including one who accompanied her to the screening. “Because I had nothing to pull from within, I needed to find someone whose story I wanted to tell and someone I connected to,” the actress explained.

Much teary sniffling could be heard in the screening room, but moods lightened at the after party at Jungle City Studios. Tommy Hilfiger, whose brand sponsored the evening, arrived with wife Dee Ocleppo. Also on hand were Swizz Beatz, Nicole Miller, Maxwell, Sean Parker, Clive Davis, Natasha Bedingfield, Mare Winningham, Ann Dexter-Jones and models Garrett Neff, Alex Lundqvist and RJ King. Steve Buscemi was tickled that a plot point in the movie involved his memorable character from “Fargo.”

Recalling the production set, Clay Floren, an executive producer of the movie, said Hudson in her drug-addled, tattooed guise was barely recognizable to curious onlookers on locations like the Ingersoll-Whitman and Marcy housing projects. Conversely, Sparks, who plays the sweet neighborhood bombshell, drew plenty of autograph seekers.