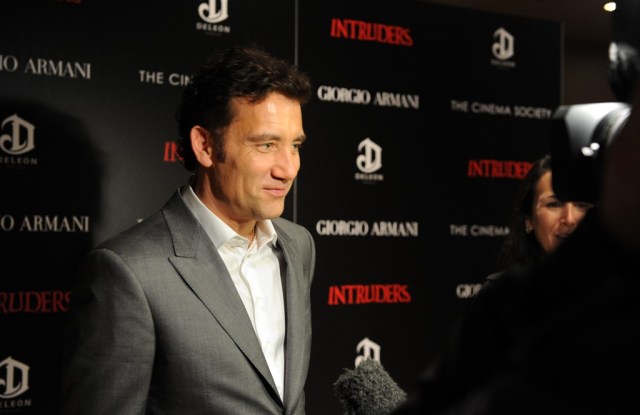 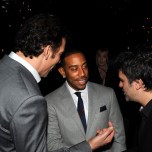 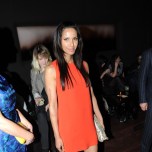 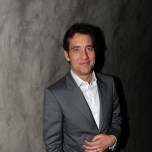 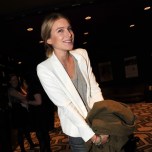 When it comes to playing righteously angry, Clive Owen may be the best leading man for the job. His latest turn, in Juan Carlos Fresnadillo’s horror thriller “Intruders,” which had a Cinema Society- and Giorgio Armani-hosted premiere on Monday night at New York’s Tribeca Grand Hotel, gave the actor ample opportunity to demonstrate. There are more than a few moments of quivering, tight-fisted, slow-boiling rage from Owen, who plays a man haunted by a spectre named Hollowface who repeatedly attacks his daughter. Nobody believes the ghoul exists, except Owen’s character and his daughter, played by Ella Purnell.

“I was attracted to the script, the very spooky, very strange quality of it,” Owen explained, “that this fear and this scary stuff comes from within the people who are in it.” The actor has two young daughters himself, which also carried weight. “Being a parent definitely affects how you see this film,” Owen said. “I mean, being a parent really changes how you see everything.” As for his first real foray into the horror genre? “Well,” the actor chuckled, “some of my other films are quite scary…though never intentionally?”

Fresnadillo’s previous directorial effort was “28 Weeks Later,” a postapocalyptic zombie picture. “I guess you could say I’m interested in the human aspect of horror,” Fresnadillo said, though his villains tend to be something other than human. “Well, I don’t want to give anything away,” the director explained, “but this film is about the investigation of fear…what if fear is just a fantasy? That question itself is very human. The more real something is, the more scary it is.”

After the film, Matthew Modine, Bob Balaban, Sante D’Orazio and Jon Kortajarena comforted their dates and headed for the after party at Double Seven, where they were met by Cris “Ludacris” Bridges, Paul Haggis, Terry George and Padma Lakshmi. Passing through the lobby of the Tribeca Grand, it was easy to miss a motley band of streetwear-sporting youths who had assembled for a heated conversation (the point of which seemed to be that hotel management would not let them employ their skateboards inside). They exited, en masse, and began to coast idly, skillfully, up and down the sidewalk. Upon closer inspection, the one who appeared to be calling the shots in a recognizable baritone had a neon pink cast on his right arm and an Eighties-style gray Polaroid camera hanging around his neck. It was Tyler the Creator and Earl Sweatshirt of the cultish L.A. rap group Odd Future and some of their friends. They had not seen the film, and did not seem to know whether they would in the future.

“Let’s go,” Tyler pointed at a series of available taxis, that, though pointed west, were not headed to Double Seven.