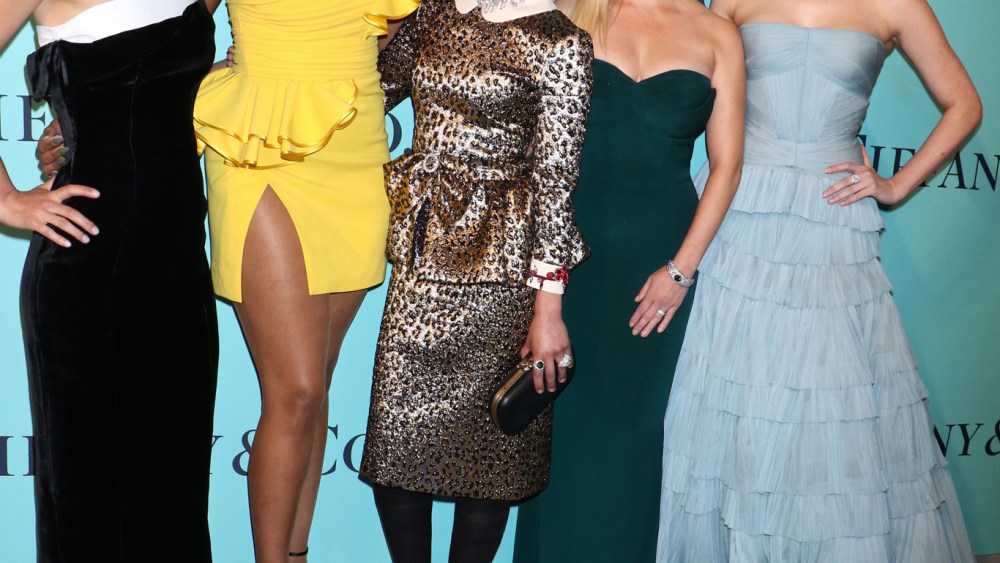 Held at the St. Anne’s Warehouse performance space in Dumbo, Brooklyn, the party saw Tiffany clients from across the globe convene as a ‘thank you’ from the brand.

Looking to make an impactful message, the company served cocktails on the Brooklyn waterfront promenade, allowing guests to ride the landmark’s carousel with drinks in-hand.

“I think this is one of the most beautiful vistas in all of the city. What we try to do this weekend is a New York immersion — we have people from around the world, several hundred, and I couldn’t think of a more New York view than the one we are looking at now,” said Tiffany & Co. interim chief executive officer Michael J. Kowalski.

“It’s about hospitality and building a customer family, so we have folks here for several days. It’s probably the most important moment of our year, obviously with the debut of the Blue Book but once again — it’s a time to express our appreciation and honor,” he added of the evening’s premise.

So what will next year’s blue book designs look like? “I guess a question more properly asked of Reed,” said Kowalski. “I’m sure he has begun working on it already.”

One of the big-ticket Tiffany clients in attendance was former speaker of the House of Representatives and republican senator, Newt Gingrich — who arrived with wife, Callista, in tow.

“We are big Tiffany fans, it’s a great American brand that sets a world standard in style and jewelry,” Gingrich said the label.

He expressed more specific adoration for how Tiffany manufacturers much of its jewelry in the U.S. “I think [manufacturing in the U.S.] is a very important step and Tiffany is a classy example. It’s been a leader in design since the 1830s, it sells worldwide and is actually a remarkable foreign exchange earner for the U.S. It’s a company that — for sheer quality — we can be proud of. That’s what we want America to become again,” said Gingrich.

Witherspoon arrived from a day full of Tiffany-spearheaded programming. The jeweler had hosted a sustainability panel Friday afternoon, in which Witherspoon was an active participant.

“I was on a panel today where they talked about responsibility and passing on the idea about how socially conscious they are to the consumer,” said the actress.

Witherspoon, who has her own label called Draper James, considered this an inspiring message. “We’ve definitely worked a lot on finding factories in the south. We are a southern brand make, we make all the candles in south, all our stationary in the south. We try to pass on those stories to people, and let them know that what they are buying is made in America and made by American artisans,” she said.