Emceeing the event, which aimed to raise enough in one night for one million school meals, was former Destiny’s Child member Michelle Williams. 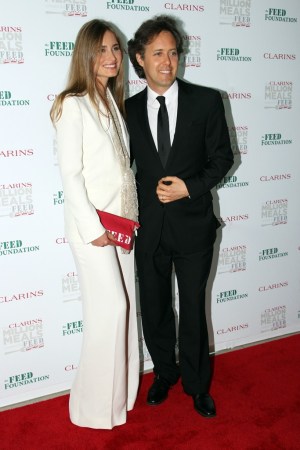 “We started with just classical music, then the idea was to add on some contemporary performers to give it another element,” said FEED cofounder Lauren Bush Lauren. “It’s really beautiful, because all the performers are playing with an orchestra, so it’s a really great combination.”

This story first appeared in the June 1, 2012 issue of WWD. Subscribe Today.

Emceeing the event, which aimed to raise enough in one night for one million school meals, was former Destiny’s Child member Michelle Williams, who filled in for Nick Cannon on less than 24 hours notice.

“I was in Atlanta yesterday when I got the phone call,” said Williams. “The good thing is, I’ve hosted before, and if you can read a teleprompter, you’re good.”

“It’s a crazy world we are living in when we have huge numbers of children who are hungry [as well as] childhood obesity,” said Clinton during his presentation. “We have to feed the hungry and make healthy those who, because they are hungry, have eaten things that are bad for them.”

Christian Courtin-Clarins, president of the Clarins Group supervisory board, echoed the sentiment.

For Karan, the event was a reminder that change is in the people’s hands.

“It’s not about one person; it’s about all of us gathering together,” she said. “There’s a lot that needs to be done in this world, and we can’t be looking at the government to answer that problem. The answers for tomorrow sit in the creativity of the cultures around the world.”