"I could have stayed home to watch 'SpongeBob' with Stormi all night, but I came here to be here with y’all," Travis Scott told the crowd. 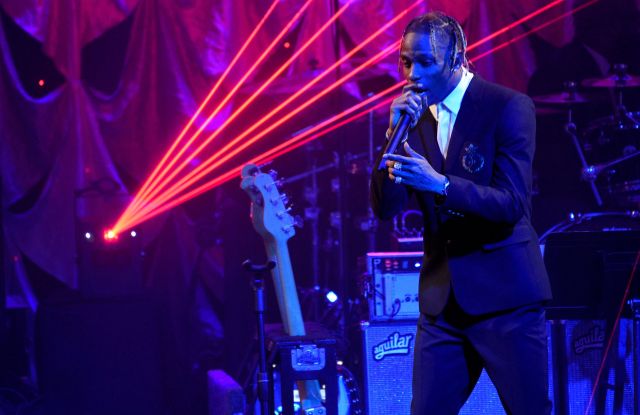 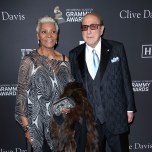 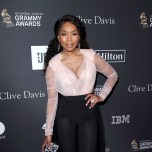 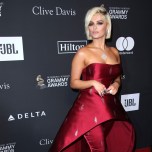 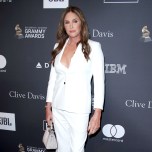 The legendary fete is known to have the biggest names of music in attendance, and this year that tradition continued with Joni Mitchell (making a rare appearance), Barbra Streisand, Dionne Warwick, Pharrell, Miguel, Maren Morris, Diplo, Dua Lipa, Ciara, and St. Vincent. Other guests included one Nancy Pelosi and Mr. Calvin Klein.

“He’s such a good curator of talent and songs and performances,” the rapper and TV star continued of the evening’s host. “It’s a skill to decide who performs with who and who goes next to who. I think this is a very special quality that he has that a lot of people don’t. I don’t know if it was Louis Armstrong or who it was, but they said, ‘It’s two types of music: good and bad.’ Clive is all about good music.”

While British star Ella Mai felt “honored” to receive an invite, the two-time nominee also recognized the need for balance.

“I feel like I’m not going to be able to sleep tonight,” she said. “But I’m going to try to get enough sleep as possible and just relax.”

Her advance planning continued as she noted, “If I win a Grammy, I’ll put it in a room by itself. I don’t have the room yet, but I’ll find it.”

“She’s the biggest rock star there is,” Ora said. “Whenever she needs anything, I’m there.”

Taking in all of the compliments, Perry — who has garnered a historic honor as the first woman to be nominated on her own for the Non-Classical Producer of the Year Grammy since 1999 and possibly the first woman to take home the award — is also using her platform for the betterment of generations to come.

“I just want other kids to know you can be more than just be a pop star,” she said of the nomination. “What it means to me is exposure and discovery that there are other options in the music business. Look at me — I’m being acknowledged for it. The 13-year-old girl that doesn’t want to be a pop star, that feels like there’s more in her and she sees me being acknowledged, it puts it on the radar. It makes it a different language, it changes the story — so that’s what I wanted to do.”

Inside, and after a three-course meal, Davis gave the stage away for performances by Brandi Carlile, Florida Georgia Line, H.E.R., Morris Day and the Time, Chloe x Halle, and Travis Scott.

Setting the atmosphere for the party to go well into the night, Scott — who is nominated for Best Rap Performance, Rap Song and Rap Album — kicked off the lineup.

“My name is Travis,” he said. “I didn’t come for bystanders, I came here to rage. I could have stayed home to watch ‘SpongeBob’ with Stormi all night, but I came here to be here with y’all. Don’t be scared to stand up.”