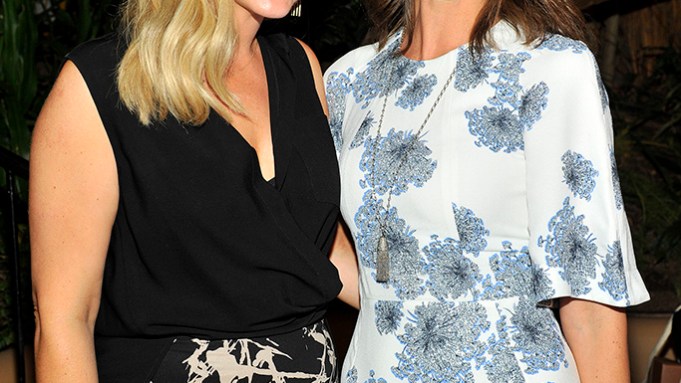 “I’m weary of doing events that feel obligatory,” Christy Turlington Burns said, as she surveyed a packed room at Michael’s restaurant in Santa Monica. The New York based model-turned-activist was in town on Thursday afternoon to raise awareness and funds for her nonprofit Every Mother Counts.

Based on the strong turnout and chatty atmosphere, it’s safe to say no one felt obligated to be at the organization’s inaugural MPower Luncheon, sponsored by Coach. “In order to grow, this felt like the next, safest step we could take. I have a lot of friends out here and I spend a lot of time in L.A. It’s not completely foreign territory. We hope to get more people involved.”

Founded five years ago, the charity’s mission is to make pregnancy and childbirth safe for every mother while raising awareness for global maternal health. To help spread the word, Turlington Burns called upon longtime friend Jessica Capshaw to cohost the affair.

“The world knows Christy as this exceptional, unique and graceful beauty on the outside, but I’ve been lucky enough to know her for a while and whatever beauty she has on the outside is even greater on the inside. She started as a model, but she turned it into a verb. Now she models for people. She puts her money where her mouth is,” said Capshaw, whose stepdad Steven Spielberg directed Turlington Burns’ husband, Edward Burns, in the 1998 film “Saving Private Ryan.” The families have since become quite close and spend summers together.

While the female empowering afternoon would seem to be a Mother’s Day post-party of sorts, the timing was more a matter of multitasking moms and busy schedules. “Two years ago, I called Christy and said, ‘I want to do something in Los Angeles,’” added Capshaw. “We tried to figure it out, but I would always end up getting pregnant or having to work.”

Those who managed to get the afternoon off were Malin Akerman, Angela Lindvall, Liberty Ross and Jimmy Iovine, Kilo Kish and Jennifer Meyer. The group dined on organic Scottish salmon, veggie japchae with sweet potato noodles while learning about the nonprofit’s initiatives.

Fellow model Lindvall said she was in awe of Turlington Burns’ philanthropic efforts. “She is an icon that I look up to as a mentor,” she said, adding that they first met on a Versace shoot with Carolyn Murphy and Carmen Kass. “I’m passionate about women and the power that women hold to change the world.”

Akerman — who costarred in “27 Dresses” with Burns — echoed the sentiment. “I’m a big advocate for women’s rights and equality. This is such a crazy thing. Childbirth, here in America, you don’t think you’re going to die. It’s rare. But, over in Third World countries, it’s a reality and it shouldn’t be.”

After educational speeches and a performance by Jade Castrinos, it was time for the evening’s hostess to return home. “I have to get back to my kids,” said Turlington Burns. “It’s the end of the school year and there are a lot of activities, so I’m taking the red-eye back.”