Coach Lands at Selfridges With a Party 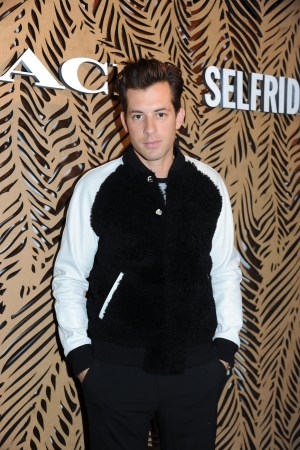 LONDON — Mercifully it wasn’t raining for the party that Coach creative director Stuart Vevers hosted at the Selfridges rooftop restaurant to mark the brand’s launch at the department store.

Mark Ronson and Nick Grimshaw were the evening’s DJs, and played a spirited set of pop tracks and disco hits like Diana Ross’ “Upside Down.”

Daisy Lowe had earlier landed from the red-eye flight from New York, where she had been shooting a campaign for jeweler Pamela Love. “I actually really like traveling,” she said. “There’s something about it that makes me feel grown-up. Like, yes, I am independent and I can get myself from A to B.”

Mollie King had recently been slightly further afield: to Las Vegas. “I went to see Britney Spears,” she said. “That might be really uncool but I think she’s incredible. She sang all the old hits like ‘Baby One More Time’ and was a fantastic performer. It was totally worth the 11-hour flight there and back.”