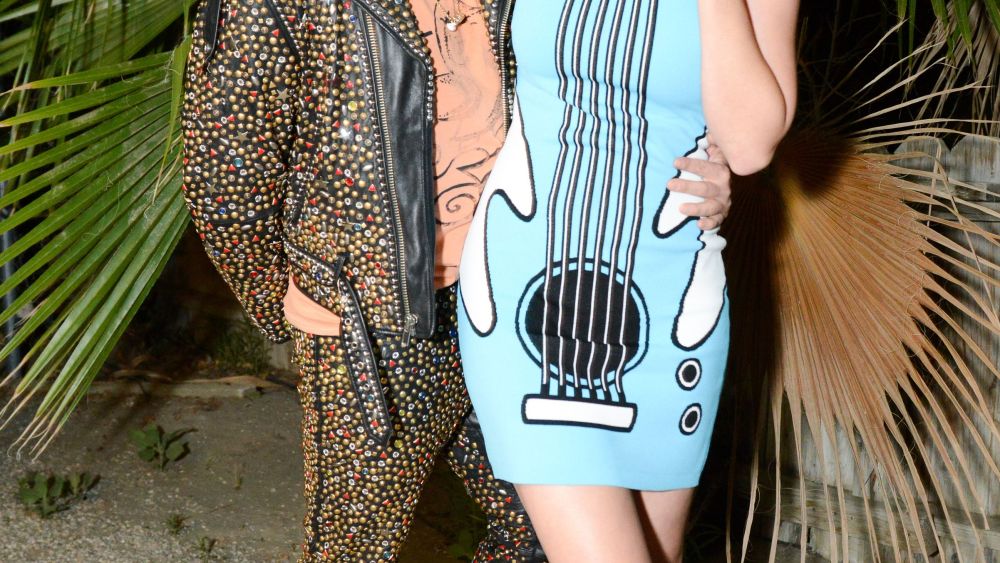 When it comes to Coachella after parties, size does matter. Just ask Jeremy Scott, who outdid himself on Saturday night — or was it technically Sunday morning? — with his annual celebrity-favored bash. “It’s eight, 10, maybe 12 times bigger than last year,” said Scott, who opted to throw this year’s DJ-driven affair at the sprawling Corona Yacht Club in Coachella. Wearing a studded leather blazer and pants paired with a leopard-print hat, Scott elaborated, “The space was available, and I thought, ‘Why not?’ Bigger is better.” And though the festival-loving designer needed no excuse, there was plenty of reason to celebrate, including the debut of a new limited-edition bucket hat as part of Scott’s collaboration with the soon-to-open W Las Vegas hotel, at the event.

Centered around an LED-lit lagoon, the Scott affair attracted a star-studded guest list, including Katy Perry, Sam Smith, Kristen Stewart and Frances Bean Cobain. “I love Jeremy because he takes risks,” said Scott Studenberg, one half of the design duo behind Baja East, who sported his own designs for the evening. Fresh from the festival and the dueling Neon Carnival fete, celebrities continued to trickle in late into the night including Jared Leto, Zoë Kravitz and Lorde.

From their perch inside the VIP area overlooking the AstroTurf dance floor, a slew of DJs took turns behind the decks, from Mazurbate to The Misshapes and, into the wee hours of the morning, A-Trak, plus surprise performers and crowd favorites Diplo and Skrillex, who also performed at Scott’s Coachella affair last year.

“He’s from Kansas City and I am from Kansas City, and I love his spirit and I love that he’s a creative,” said Janelle Monae, who proudly showed off her T-shirt splashed with the slogan “Wild Feminist.” “I’m here with Grimes; we performed at Coachella and we just wanted to come out and support.”