As always, the ruckus in the desert delivered a handful of memorable moments. 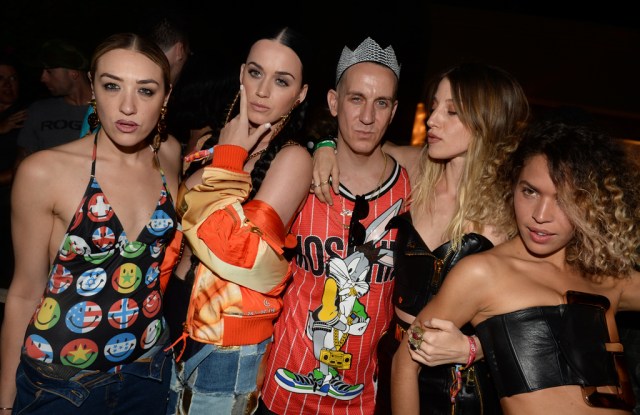 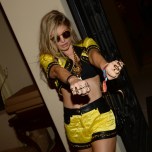 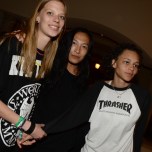 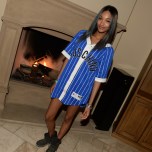 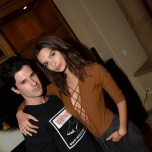 The Coachella Valley Music and Arts Festival wrapped up the first of two weekends on Sunday night. As always, the ruckus in the desert delivered a handful of memorable moments, not least of which was Madonna’s kiss with Drake, and the fashion contingent turned out in force to get a cut of the action.

On Friday, there was an afternoon concert sponsored by Coach at the Soho Desert House pop-up in La Quinta. “Coach. Coachella. To me there was something just really, really obvious with the words,” said executive creative directory Stuart Vevers, who was surrounded by the likes of Kate Bosworth, Dylan Penn, Zoë Kravitz, Daisy Lowe and Rosie Huntington-Whitely. Meanwhile, at the Ingleside Inn, Kate Perry and Patricia Field dropped by to toast pal Mia Moretti’s festival-inspired makeup collaboration with MAC.

“People come to my store to buy outfits for Coachella, so I had to see what it was all about,” said Field.

On Saturday, things started with a splash — literally. A synchronized swimming troupe called the Aqualillies performed at the Avalon Hotel for the Popsugar + ShopStyle x CFDA brunch for a crowd that included Kravitz, Trina Turk, Nanette Lepore and Jamie Chung, a 10-year Coachella veteran who noted, “I wear what makes me feel good. I’m not too hung up on trends.” A stone’s throw away at the same property was the People StyleWatch x Revolve party, where Michelle Trachtenberg confessed she hadn’t even planned on coming out this year.

“I actually swore my last Coachella would be my last because I’m not really a summer-heat, 100,000-people-at-a-festival kind of gal,” she said. “But it’s Drake. He’s a badass.”

Just as Jack White finished his headlining performance at the Coachella Main Stage that night, The Misshapes and DJs Diplo and Skrillex were heating up the outdoor dance floor at Jeremy Scott’s annual Coachella bash inside a private residence in Indio, Calif. “We’re in a new location, and we’re with Moschino, which is the first time I’ve brought them out for my annual party,” Scott said of the event, which he’s cohosted with Adidas at the Frank Sinatra house in Palm Springs in years past. “We wanted to have a location that would be a little closer to the festival this time, and a little bigger. We can haul in more people.”

Even the larger venue wasn’t enough to accommodate the throngs of Scott fans who piled up outside the gates, decked out in the designer’s signature Pop Art inspired threads, hopeful for entry. Alas, only Fergie, Mayer Hawthorne, Alexander Wang, Binx Walton and Robert Pattinson and fiancée FKA twigs made it in.

On Sunday, designer Cynthia Vincent hosted her annual “hangover brunch” at Palm Springs hotspot Workshop Kitchen + Bar. “I thought this would be a great way for people to recoup and get some energy back,” she said. At the Cabana Club at the Avalon Hotel, Atlanta de Cadenet primed crowds for the night’s last acts with a DJ set.

“Once I started working at Coachella, I stopped having to harass my dad [Duran Duran’s John Taylor] for tickets,” de Cadenet recalled. Between her father and stepfather, The Strokes’ Nick Valensi, the young DJ admitted that not only is she spoiled when it comes to music, but she’s also not attracted to boys in bands. “Unless you’re headlining at Coachella, I don’t want to hear it.”