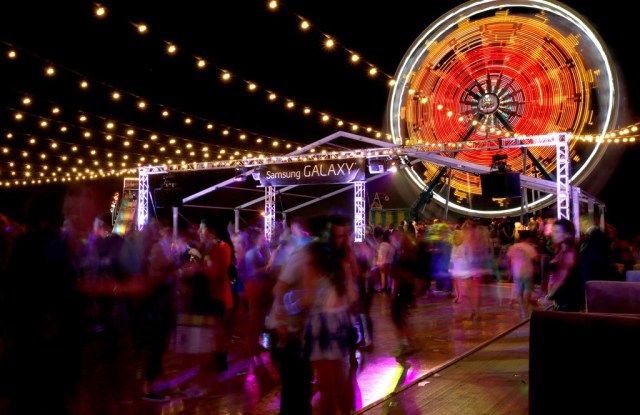 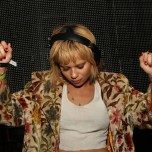 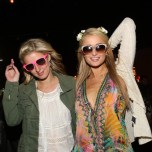 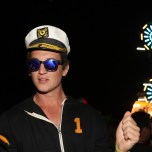 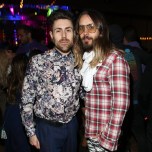 Not even a potent sandstorm, with dangerously high winds, could keep Coachella scenesters from dancing the night away at Neon Carnival, held at an airport hangar near the festival grounds. Verbal fights broke out, as hordes of people desperately tried to talk the gatekeepers into letting them into the extravaganza, this year sponsored by Guess and Nylon. “Really? You see me three times a week!” said one particularly incensed wannabe as a bouncer turned him away.

Those most definitely on the list included Steven Tyler, Kelly Osbourne, Kellan Lutz, Joe Jonas, Lance Bass and Jared Leto. While guests could ride a ferris wheel, win stuffed animals at a basketball toss, and drive bumper cars, the most popular activity remained dancing to high-energy DJ sets ranging from remixed ‘60s classics to Amy Winehouse. Leto, with his entourage, jumped up and down to Macklemore’s “Can’t Hold Us” and cozied up to a pretty young thing.

Also crowd-pleasing: the Fat Burger Fatmobile, which served up burgers and fries to guests, who planned to rage on until the wee hours of the morning; and a braid bar courtesy of sponsor Olay Fresh Effects, where hipsters — predominantly donning the festival’s unofficial dress code of acid wash short shorts that leave little to the imagination and motorcycle booties — got touch-ups to offset the effects of the windy, chilly weather.