The company's annual fete in Thermal, Calif. was once again a pre-festival hang for a slew of celebs. 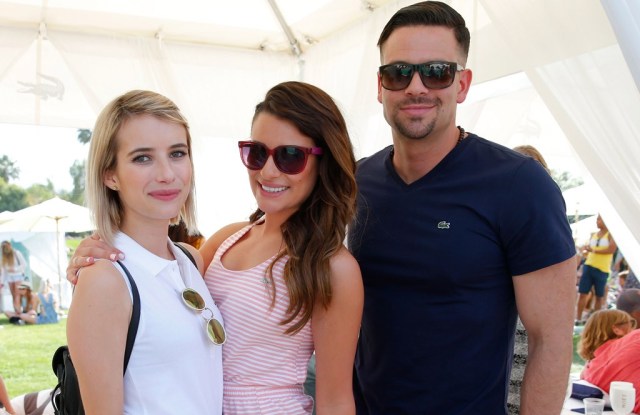 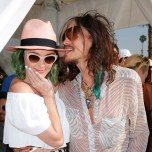 Lacoste’s annual two-day pool party in Thermal, Calif. was once again a pre-festival hang for a slew of celebs. Coachella virgin Jena Malone intended to ease herself into the scene by grabbing a snack with her “The Shoe” bandnate Lem Jay Ignacio before hitting the festival grounds on Saturday. “I just flew in. We were like, “Let’s go get some food and hydrate,” she explained. “Is this not like a mellow version of Coachella?” she earnestly asked of the soiree, which was over capacity within a couple of hours. “I was a little overwhelmed. It’s like spring break hit Los Angeles and is on crack!”

After adjusting to the overstimulation — which included a Lacoste and Kiehls gifting suite in the back of the sprawling estate, a mini putt putt course, air tennis, Tarte makeup touchups, temporary tattoos, and footwear bedazzling projects with DIY queen, Erica Domesek of P.S. I Made This — Malone planned to take on the festiv itself, less than a mile away. “I’m really excited about Lorde. My little sister got me so obsessed with her that, literally , I know every single lyric!” she gushed.

The newbie, who chatted with Lea Michele in a poolside VIP cabana, refused to succumb to the Coachella boho-chic uniform. “People take a lot of photos here, so I wanted to try to support designers that I love because you sort of become a walking billboard at a fest,” she said of her outfit, consisting of a Reformation miniskirt and Scout top. “I got some really beautiful stuff from Phlemuns,” added the “Mockingjay” star, who will perform in a white sheer maxi dress by the Los Angeles designer at Soho House on Sunday. As for “The Shoe” music style, she said, “It’s hard to describe. We just finished a music video two weeks ago. You’ll see the vibe.” Indeed, “Dead Rabbit Hopes,” which features a nearly nude Malone, has gained attention for the look as much as the sound. Their new album, “I’m Okay”, comes out in June, the same month they plan to tour. “We’re announcing everything in a couple of weeks,” she promised.

And if the whole rock star thing doesn’t work out, Ignacio, laughing over Malone’s beverage of choice — coconut juice served out of the shell — has an alternate plan: “Coconut cozies!”

Michele, in a Lacoste Live striped dress, flitted between Malone, bestie Jonathan Groff, co-star Mark Saling, Katy Perry, and Emma Roberts, who chatted animatedly with her as they stared at their crepes, which were served as a nod to the brand’s French heritage. Roberts, in cuffed jean shorts, sipped on Moet’s Ice Impérial champagne and later cozied up to her fiancé Evan Peters. Perry, who showed up to support her stylist, Johnny Wujek, one of several DJs to play throughout the day (as was Elijah Wood), hung out in a separate, heavily guarded VIP cabana.