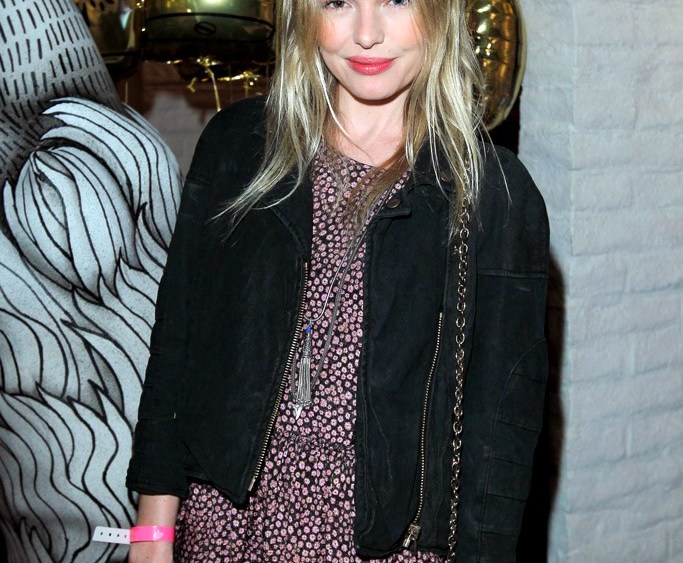 Music and fashion lovers descended on the Mojave Desert for the Coachella Valley Music and Arts Festival that kicked off on Friday. Some clothing contingents, such as Lacoste, Hugo Boss and Guess, took over private estates close to the Indio, Calif., polo fields where the now two-weekend-long festival takes place, while others took over hotels. The Parker Palm Springs resort became Mulberry’s official headquarters, as the brand transported its entire fall collection, props included, to the Gene Autry house as a stylish backdrop for a cocktail party on Friday night. Even chilly temperatures and rain showers didn’t deter Coachella newbie Lily Collins, who toted a pair of rain boots with her.

“You always see people in shorts and sandals at Coachella, but I came prepared,” she said as she boarded a shuttle bus to the shows. After taking in acts such as The Black Keys and Mazzy Star, a small group returned to the Parker for a fireside performance by Kasabian. “I’m worried my back might catch fire,” remarked Atlanta de Cadenet as the sparks flew from two oversize fire pits. “But it’s so nice to thaw out.”

RELATED STORY: They Are Wearing: Coachella >>

The scale of the party was so intimate that even the band managed to people watch. “Did you see Kate Bosworth?” asked guitarist Sergio Pizzorno. “Yeah, she waved at me,” replied lead singer Tom Meighan.

Throughout the weekend, music stars who weren’t performing, including Katy Perry with her new purple hair, mingled with revelers at pool parties and carnivals. Once the weather warmed up on Saturday and Sunday, bikinis and cutoffs became de rigueur for daywear. “This is a nice change,” said Emma Watson, another Coachella newbie, who had just flown in from New York, where she wrapped shooting Sofia Coppola’s “The Bling Ring” that had her all over the tabloids with a tougher acting look. At Mulberry’s pool party, she lounged on a chaise, spritzed with Evian and took in a performance by Wild Belle. Others, like Bosworth, nibbled on shrimp skewers and posed for Polaroids. “We’re going to see The Shins and Radiohead later,” she said as beau Michael Polish snapped her photo.

Over at the festival, cameras kept clicking as supermodels such as Karlie Kloss, who had no trouble seeing above the crowd at the Bon Iver show, pranced about. “I can always wear flats and still see,” she laughed. After the final performance, a set by Dr. Dre, Snoop Dogg and friends Wiz Khalifa, Eminem and Warren G (a life-size hologram of the late Tupac Shakur had the audience momentarily confused), as the masses streamed off the field into waiting busses and cars, an emcee’s voice piped through the speakers, “We hope you had fun. See you all next week, or next year.”