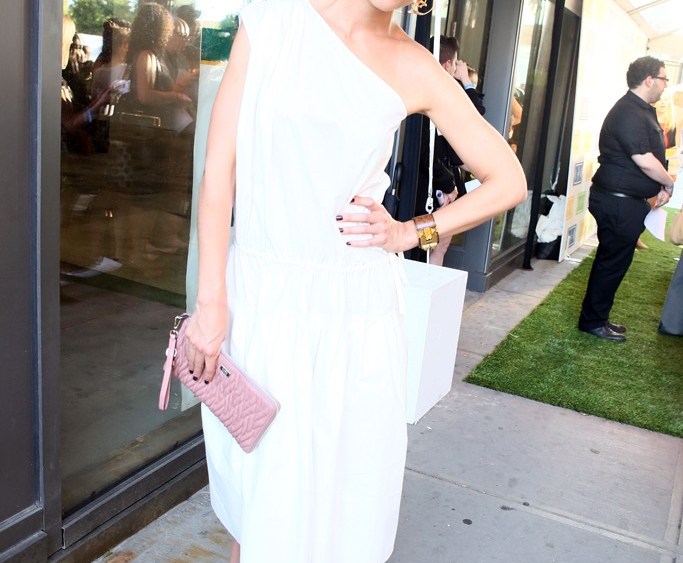 Meant to kick off summer, the party also commemorated the Coach Foundation’s $5 million gift to the High Line, and a new covered passage at 30th Street on the walkway that will be named the Coach Passage.

A fan of the High Line, Watts, who wore a collared Chloé dress and carried a Coach clutch, mused about the difficulty she’s had moving away from New York and back to Los Angeles.

“You miss that personal connection with people,” she said.

“I like making blueberry pies in the summer,” she said from behind a pair of oversize tortoise-shell sunglasses.

Asked about her beauty and fitness regime, Holmes deadpanned: “Blueberries…and going to the gym.”

“I like a good Margarita,” said “Nashville” actress Britton. “It’s a really important pursuit of the summer.”

Kendrick talked about current projects and mused about her somewhat tenuous relationship with fashion.

“If it were up to me, I would literally wear purple sweatpants and purple thermals and purple socks every day,” the pint-size actress said with a grin. “But obviously I can’t.”