By Leigh Nordstrom and Kristen Tauer and Alexa Tietjen on May 2, 2017
View Slideshow 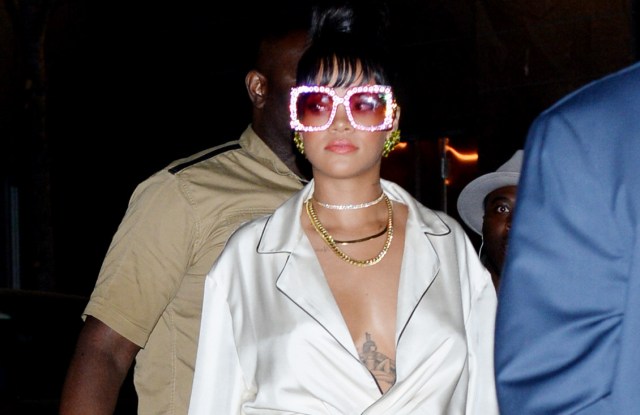 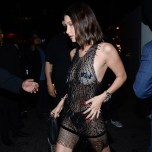 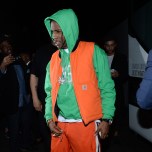 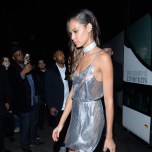 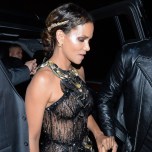 Close to midnight, the only thing about Rihanna’s post-Met party at 1 Oak that was indicative of its host were the puffs of herbal smoke floating through the club.

The after-party circuit started with Comme des Garçons’ bash at the National Academy Museum and, as always, the official party at the Boom Boom at The Top of The Standard, this year hosted by Katy Perry; but as the night wore on into the early morning hours, 1 Oak was the place to be.

Maxwell Osborne was an early arrival, merrily dancing the night away; the Public School lads didn’t dress anyone at this year’s gala, meaning they were free to do what they do best: party. When Virgil Abloh waltzed in (he, on the other hand, was at the Met), he and Osborne greeted each other with a friendly dance off. Nearby, Pharrell Williams had already settled into the V.I.P. area (having earlier stopped in at the Comme party), while DJ Cassidy and Young Paris posed in front of the Rihanna-branded photobooth. Who can resist a prime Insta moment?

At 1 a.m. sharp, a Gucci sunglasses-wearing Rihanna sauntered in to a serenade of Biggie Smalls, and with her came the celebrities. Leonardo DiCaprio led model girlfriend Nina Agdal through the crowd; Kendall Jenner, A$AP Rocky, Frank Ocean, and Jaden Smith arrived in a herd; Bella Hadid and her date Alexander Wang were all smiles as they bopped in; Presley Gerber got down to business and was grinding with a leggy type moments after entry; the Proenza Schouler duo arrived late with Grimes, shortly before Cara Delevingne, Mary J Blige, Janelle Monae, and Chrissy Teigen and John Legend.

“It was fun,” a bubbly Kerry Washington said as she made her way to a table. Her favorite moment of the gala was inside “the women’s bathroom, like always.”

Smith, who trotted up the Met steps earlier in the night carrying his own locks of hair, came sans the unusual accessory to 1 Oak. Moving through the crowd, he described the Met vividly as “good,” his personal highlight being “every part.”

Propped against the far wall, standing atop a banquette, A$AP Rocky and A$AP Ferg (ski goggles atop his head), Jenner, Zoe Kravitz, Wang and Ocean danced in clear display, lapping up all of the attention. “No photos!” an enlarged bodyguard huffed as he covered raised camera phones with his hand. Smith bobbed awkwardly off to the side — clearly, he hasn’t yet been inducted into the A$AP Mob or Wang Squad — as a low-key Amber Valletta surveyed the scene.

Ross, like most, had done a quick change (“at my hotel, The Mark”) before making her way downtown to the crowded nightclub; the boxy, structured Comme dress wouldn’t have fit inside the swampy floor.

As one editor put it, “Comme doesn’t work well in a crowd.”