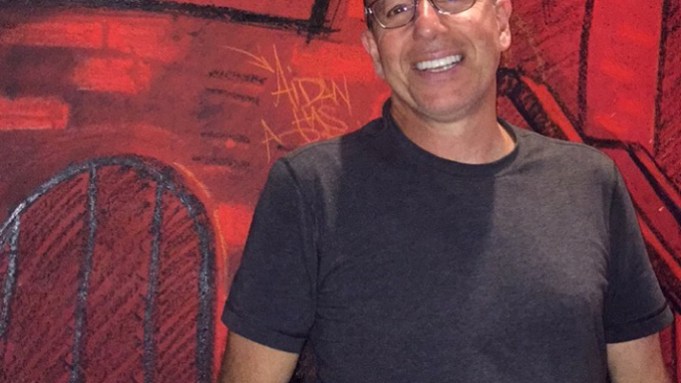 In a break from his urban retail and mixed-use projects, developer Joseph Sitt of Thor Equities on Wednesday launched Coney Art Walls, a large outdoor space for street art from artists from the Seventies to the present, as well as food and music in the heart of Brooklyn’s nostalgic seaside play land of attractions.

“I wanted to give something back to New York City. I grew up in Brooklyn,” near Coney Island, Sitt told WWD, at Wednesday’s launch party of the 50,000-square-foot space, at 1320 Bowery adjacent to the original Nathan’s Famous.

For the crowd of 1,000 at the event, it was an opportunity to binge on hot dogs, fries, lobster rolls and beer and pose in front of the 30 huge murals, most spray-painted, bursting with color, and thematically over-the-top, like the giant rat by a graffiti artist from Belgium known as ROA, who does paintings of animals native to various countries.

Artists said they were glad to be commissioned for the new exhibit space, particularly because the venue respects the character of the community. “Coney Island is for the masses. Street art is for the masses. It’s a perfect mix,” said Jane Dickson, who stood by her 12-foot-by-21-foot mural “Dreamland” depicting the view from atop the Wonder Wheel at Coney Island. “It’s unusual for street art to be authorized.”

Ron English, whose “Coney Island Grinnies” mural is on display, said he used to stealthily paint over billboards, and on more than one occasion got caught. “I’m retired. I don’t do illegal billboards anymore,” said English.

Another artist, Buff Monster, stood by his 8-foot-by-24-foot mural “Hercules at the Crossroads” depicting characters in the form of ice cream cones, the motif that runs through his artwork. He characterized Coney Island Walls as “urban renewal 101,” adding, “This will get New Yorkers coming to Coney Island that normally wouldn’t.”

The commissioned works on exhibit are by Lady Pink, Crash, Daze, Futura, Kenny Scharf, Shepard Fairey, Maya Hayuk and How & Nosm. Interspersed are 12 artisanal food vendors selected by Smorgasburg, and there’s music during the evenings and Sunday afternoons. Sitt and Jeffrey Deitch, an art dealer and former director of the Museum of Contemporary Art, curated the space.

Thor Equities has a history of Coney Island land deals, and at one time proposed creating a resort, but went through years of negotiations with the city and ultimately sold much of the property involved to the city. Thor recently leased space across the street from Coney Island Walls to Wahlburgers, the burger chain owned by Mark Wahlberg and his family, which should be open by July 4, and is working out plans for additional space across the street from Coney Art Walls.