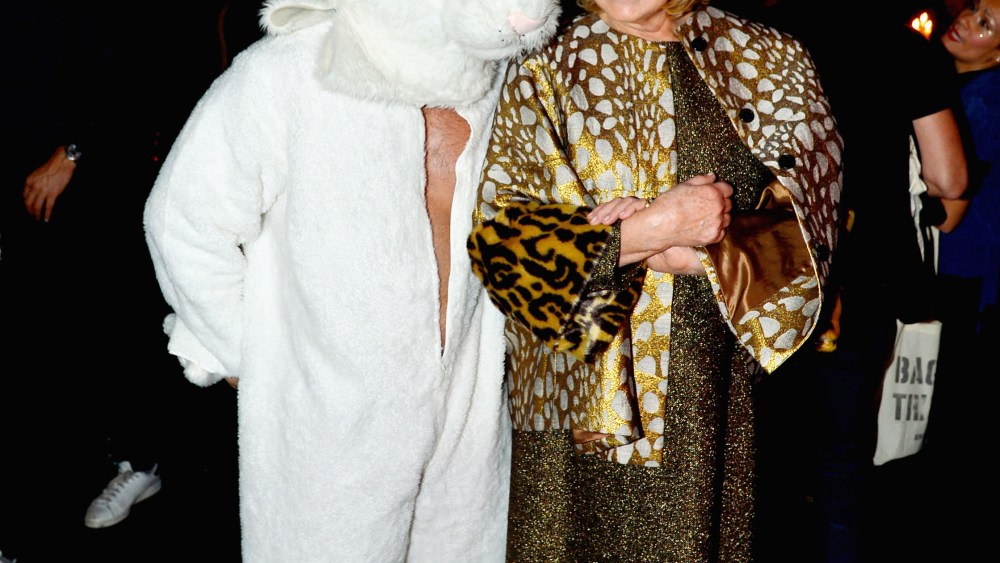 “Well, I call him ‘brotha,'” Cornelia Guest said of pal Ken Fulk on Thursday evening from his TriBeCa loft. “I just love him and he loves to have fun like I do, so that’s why we get along so well.”

Guest was on hand to help Fulk celebrate his new book, “Mr. Ken Fulk’s Magical World.” The vintage feel of the loft, fitting to the book’s title, could not have been more, well, magical.

Close friends of the designer Douglas Friedman, Veronica Beard, Rachelle Hruska and Sean Macpherson were the cohosts of the night’s party; Guest wrote the book’s foreword.

Based in San Francisco, Fulk is the go-to designer for any tech elite. He is known for his extravagant interiors and parties that exceed grandeur; his launch party, naturally, was no less extravagant. Shirtless male models serving trays of Carbone hors d’oeuvres mingled alongside a fully suited rabbit, who may or may not have consumed a few bubbly drinks himself.

“You know, I never was trained as an interior designer and oddly, I am sort of the same person that I was when I was six years old when I would cut flowers for our dinner tables or when I was in charge of every holiday,” said Fulk. “It felt like we needed to tell more of a story about these sort of extraordinary things we get to do. I feel like I have this magical life and I’m so grateful for it and excited by it.”

And lest you think a ghostwriter was on hand, Fulk was quick to squash such suspicions. “I wrote every word in the book,” he said with delight. “And it’s got a decent amount of writing in it for a coffee table book, so that was kind of the genesis of it.”

In addition to his self-penned words, the tome provides a peek into the notorious wedding of social media entrepreneur Sean Parker, held in the Red Woods in Big Sur. “I would say on the party front, it was probably the most extraordinary thing we’ve ever been involved in,” Fulk said of the Parker wedding. “I sort of feel like it was something we would never see again,” he says.

It’s certainly an event he never dreamed of creating as a child. “Where I grew up in Virginia, people didn’t have fancy decorators — it was just how you lived and how you sort of just entertained and took care of people and had hospitality and kept a house and decorated it,” Fulk said. “It was like part of your DNA, and somehow I made a job out of it.”