The evening featured a special performance by Francis Farewell Starlite. 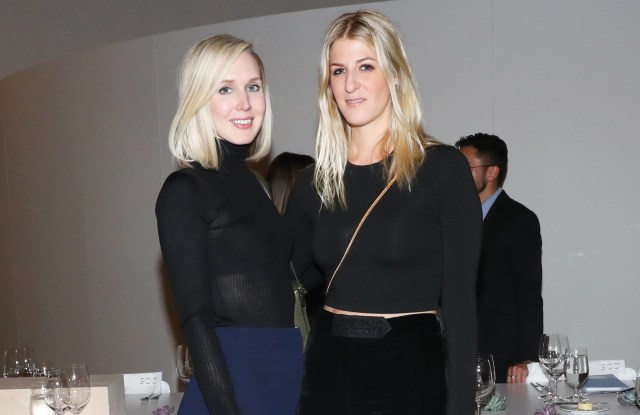 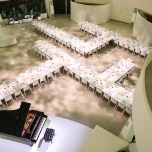 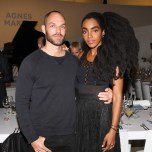 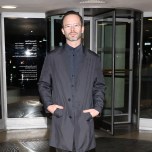 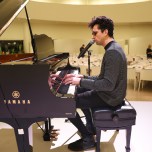 White tables with succulents and sky blue menus stood perpendicular to one another in the rotunda of the Guggenheim Museum. Francis Farewell Starlite took his place at the piano on a nearby platform. Dev Hynes was originally scheduled to perform but had to cancel due to a family emergency. Starlite stepped in at the midnight hour, offering soothing piano-led covers of Chance the Rapper while guests strolled in spiral fashion to view the museum’s Agnes Martin exhibition.

“We’ve looked toward Agnes Martin’s work many times for inspiration,” said Karin Gustafsson, creative director of Cos. “We saw the exhibition in London at the Tate Modern and when we heard it was gonna travel here, we were obviously keen to be involved.”

“I think it’s just an aesthetic that [Cos] finds very synergistic with their own as a fashion design brand,” said Scott McDonald, director of corporate, institutional and global partners at the Guggenheim. “This is totally their event. This is not a Guggenheim-hosted event. It’s all down to them. I’m a guest.”

It’s hard not to feel inspired by Martin, whose influence on Cos is apparent in the brand’s architecturally inspired, minimalist designs. It’s especially hard not to feel a cleansing effect while viewing Martin’s paintings. Guests at Cos’ dinner were overheard remarking how consuming the art felt like a meditation.

“I’ve been really dying to see the Agnes Martin show and I love the collaboration, this incredibly organic-seeming collaboration between a fashion brand being inspired by an artist’s work,” said Casey Fremont Crowe. “I think it’s really successful and interesting and I was happy to come here and support.”

Though she opted for velvet Armani pants that night, Crowe did share one Cos accessory that she’s “obsessed” with: “They make a great cashmere hat that I wear all winter. I hope it’s still around because I’ve lost my black one, but I have black and gray and I love it. My favorite Cos.”