After the gala wrapped, the action moved downtown to the Top of the Standard, where the party kept moving until the early hours. 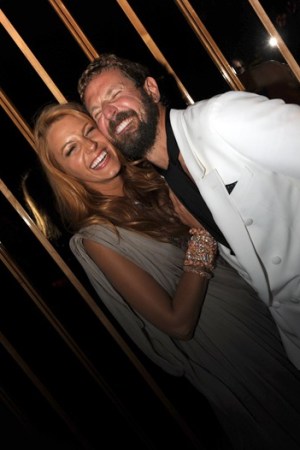 Though a few other after parties vied for early attention, by midnight the space formerly known as The Boom Boom Room had filled with well-dressed attendees — including Naomi Campbell, Kirsten Dunst, Eva Mendes, Fergie and Josh Duhamel, Amar’e Stoudemire, Ciara and Carmelo Anthony — ready to deconstruct the evening.

“I liked the shoes in the exhibit,” Jason Bateman, a Costume Institute newbie explained. “I think I may have just discovered that I’m a shoe guy.”

Dianna Agron sat near Jessica Stam and Emma Roberts, who spent most of the night kneeling on the floor in front of Agron to whisper in her ear.

“I had an amazing time, everyone looked so beautiful,” the “Glee” star said in a free moment. “It was really an education in fashion.”

Outside on the bar’s smoking terrace, Sofia Coppola summed up the crowd: “It’s just great — all these creative people, together, celebrating someone like Alexander McQueen. His genius. There’s just a certain freedom here, you can feel it.”

Of course not everyone in the late-night set had gleaned an invitation to the gala.

“I just came to hang out with Kanye,” latecomer Kid Cudi explained.

“I wasn’t at the Met,” said actor Rodrigo Santoro. “I’m not sure what it is? McQueen? Was this his sort of thing? I don’t know. But everyone looks great!”