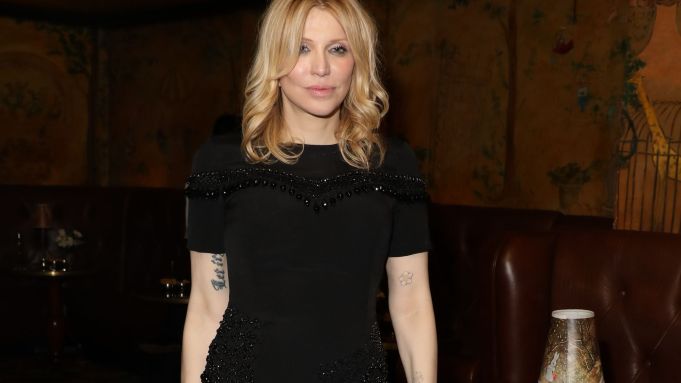 The air was thick with the scent of Le Labo’s “Santal 33” as throngs of downtown fashionistas filled the Upper East Side’s Carlyle hotel Tuesday in celebration of InStyle Magazine’s newly appointed editor in chief, Laura Brown.

Debbie Harry — dressed casually in sneakers and a zip-front sweatshirt — was among the first guests to arrive and promptly refreshed herself with an olive-filled martini as she held court upon a velvet banquette within the Moorish-designed gallery.

“I’ll be in Europe this week so I’m missing fashion week here [in New York] and I’ll miss fashion week over there, too,” the petite rocker explained. “I’m getting screwed.”

Fluttering around the opposite side of the expansive venue was party cohost Emily Ratajkowski, who was in disbelief at the Blondie singer’s attendance.

“I didn’t know she was here,” gushed the gobsmacked model, who sported double braids, vintage denim and a white T-shirt for a decidedly Nineties look. “Oh my God. Amazing. I can’t believe Debbie Harry is at my party — that’s wild. I feel really cool.”

But it was the unexpected arrival of fellow musician Courtney Love — complete with an entourage — that had the room buzzing.

“I love InStyle, but I wasn’t invited — I just crashed,” admitted Love from a table tucked in the back of Bemelmans Bar. “I chose to stay in a room here [at The Carlyle] instead of at the Mercer for once and just saw there was a party going on.”

The former Hole singer dressed for the evening in a custom-fitted black Prabal Gurung dress, which was festively trimmed in small black bells, topped by a fur-collared Valentino coat.

“You should always look cool because you never know when you’re going to walk into a party,” the singer continued. “We were just going up to my room to have a drink, but when I walked up they said to me, ‘come on in, baby.’”

Love is busy preparing for her latest acting gig, portraying Kitty Menendez in an upcoming Lifetime Network adaptation of the Menendez brothers saga, which begins production in Vancouver next month.

“This is a very big role,” she continued. “I’m working with an ex-Navy Seal who is a specialist in PTSD. I have PTSD from just my life, but he’s teaching me to breathe so I can do more of a Kevin Spacey, Edward Norton-style pause [with my lines]. The costumes will be great — lots of high-waisted jeans, silk Escada blouses and big hair. Very Beverly Hills, 1989.”

Although Christian Siriano is a red-carpet favorite amongst Tinseltown’s elite, the designer has long dreamt of working with a particular Hollywood beauty.

“My number-one [dream to work with] in my whole career has been Julianne Moore,” said the 31-year-old. “And I just did a fitting with her two days ago for a movie. It’s set in the Nineties and she plays an opera singer. The rest is a secret, but it’s going to be good.”

While Siriano kept mum about further details of the film, the “Project Runway” winner intimated that Moore lived up to his lofty expectations.

“I dress a lot of people and I think it’s so interesting that the most famous, iconic actresses are usually the nicest,” he declared. “I invited Kathy Bates to my show [this Saturday at the Plaza Hotel], but she can’t come because she’s filming. Today, she sent me flowers just to say thank you. These young new girls don’t get it. They just don’t do [things like] that and it drives me insane.”