Maria Grazia Chiuri, David Koma and Sidney Toledano were among the guests for couture week’s grand finale at the Petit Palais. 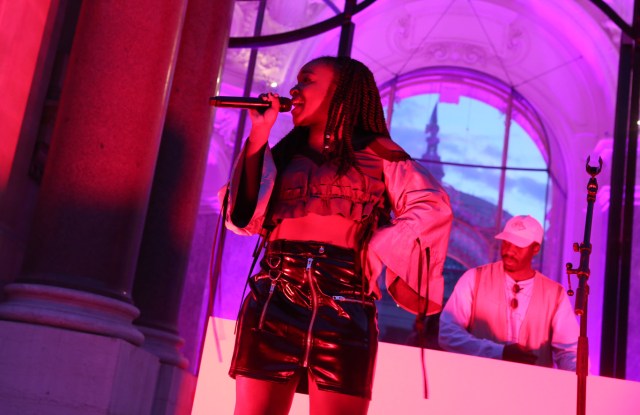 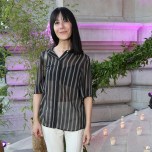 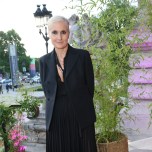 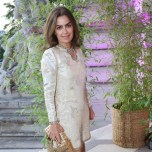 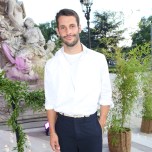 MAZEL TOV: Couture ended in Paris as it had started — with glittering fracas. Minutes before the doors were due to open Wednesday night at the Petit Palais museum for the annual party marking the end of couture week, a large glass pane came crashing down, scattering glittering shards on the marble flooring.

“Don’t they break glasses at weddings?” asked designer Hugo Matha, who had been fine-tuning uniforms at the Hôtel de Crillon, undoubtedly the hottest new venue in town — perfect for a wedding or a fashion show.

And the week had indeed felt as if Paris had renewed its vows with couture, creation and a rosy future – literally, as the facade of the Petit Palais was bathed in pink light. Or a navy one, as far as Martin Grant is concerned — a high compliment coming from the Paris-based Australian designer whose favorite color it is.

“I said it before, and I confirm it: from shows to various events, including the Dior retrospective, there is an energy. There is color, not just tonight’s pink, so I am happy for Paris, its designers and the whole industry,” said Dior chairman and chief executive officer Sidney Toledano.

Hairdresser to the stars John Nollet read this upward swing as the influence brought by French President Emmanuel Macron and a forward-leaning vision.

“Haute couture is a marvelous tradition, but it’s also the impassable horizon of modernity — that’s what makes it so attractive,” said Pascal Morand, executive president of the Fédération de la Haute Couture et de La mode, which hosted the party.

“In the digital age, the integration of hand craft and technology is at the heart of a quest for emotion, sensation and meaning — what connects the designer to the buyer,” he added.

Morand was pleased with the diversity of the week. “It goes toward an articulation between creation and craft, and the respect of the latter,” he noted, name-checking Iris van Herpen and Yuima Nakazato, as well as Ronald van der Kemp, A.F. Vandevorst and the American guests on the calendar.

It had been a busy, buzzy week of shows, events and presentations featuring a previously unheard-of mix of historic couture houses, foreign transplants and ready-to-wear labels such as Proenza Schouler, Rodarte and Monique Lhuillier.

A more dynamic week was good for business and not just for those putting on shows — jewelry designer Sylvia Toledano, whose store is on Rue Danielle-Casanova near Place Vendôme, noted a 15 percent increase in visitors year-over-year. Likewise for lingerie designer Yasmine Eslami.

Craftsmanship came up most often in conversation, having become exciting for a new generation to whom it was not a question of nostalgia, but of novelty.

Van der Kemp wanted to desacralize beautiful clothes, to midwife the emergence of a new class of eccentric dressers in the manner of Loulou de la Falaise and Paloma Picasso. “Clothes are not holy. They should be worn,” he said, wearing one of his own designs. “Couture is seen as so precious, but ultimately, whatever you’re presenting should have that feeling of workmanship — even on casual products.”

“There is a new curiosity for couture, its craftsmanship and culture, particularly in young designers,” said Chiuri, noting that Paris was a place where all levels of the industry believed in couture’s traditions, eager to tap into what Leonard’s artistic director Phung ticked off as “experimentation, passion, precision and madness.”

Martens had always felt Paris was the most exciting city and that it was once more a place where “beautiful stories are invented every season. Recently, there has been space to focus on young designers again. We don’t all want to f–k the system,” he said. “We just want to do our thing.”

As politician Lyne Cohen-Solal, a long-standing lucid eye on the fashion industry, said: “Paris is forever being reborn.”