Simon Porte Jacquemus, Béatrice Dalle and Audrey Marnay were among those who feted the end of the specialty store’s vacation-themed takeover. 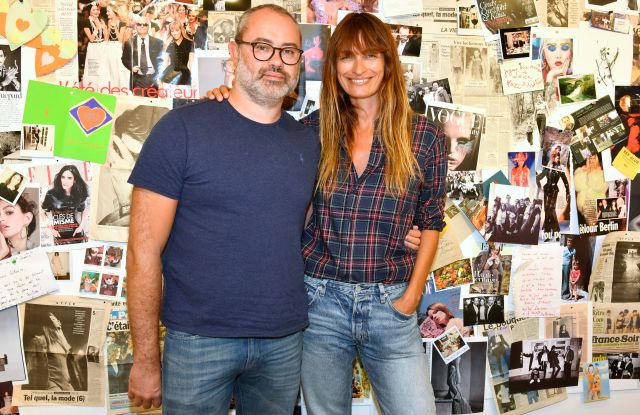 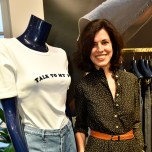 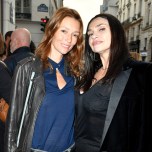 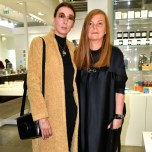 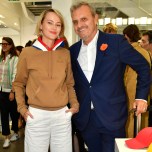 A very Parisian crowd descended on Colette on Thursday night, where they gathered for a final glimpse of the vacation-inspired Lucien Pagès takeover before trickling further up the Seine river for Champagne and dinner in an intimate, cobblestone courtyard.

Spilling out of the specialty store onto the crowded street, guests including Camille Bidault Waddington and Audrey Marnay showed off their summer tans, made coffee dates and exchanged kisses, while tourists squeezed past and the well-known local panhandler, Jean-Marie Roughol, held out his cup to new arrivals, saying: “It’s for the hobo party.”

Inside, the mood was upbeat, lifted by cheerful rows of colorful beach chairs set up by brothers Thierry and Léonard Lasry.

“It’s like the Paris family is all reunited in a very light way,” said Betony Vernon, who celebrated summer and her new French driver’s license by gunning a Fiat Panda up steep Italian hills.

“Everybody is positive, suntanned, sunkissed — so you feel good because you look better, rested and relaxed,” said Ronald van der Kemp.

“I love catching up with friends, each time it has an incredible effect on me,” said Bidault Waddington, adding: “I’ll probably start complaining in two weeks, but that’s OK.”

Simon Porte Jacquemus said he was excited to get back to Paris after a sojourn of dancing and karaoke with family in his native southern France.

“It’s silly to say this, but I love what I do so much,” said Jacquemus, noting he was the kind of kid who always enjoyed the back-to-school period, choosing clothes and getting supplies. “I would start getting excited by mid-August.”

After decompressing during a mountain vacation with her family, Vanessa Seward allowed that it is good to be back, while admitting a twinge of regret that summer is ending.

“I did a Chanel customization on my Carhartt jacket,” said Jean Touitou, flashing the inside of his jean jacket to show a gold chain. He took a boat trip in Greece over the summer, in the Peloponnese.

“It was intense, the weather was unstable, the ports are dangerous. It was sketchy,” he said.

For those mourning the end of summer, and the impending closure of Colette, Jean-Charles de Castelbajac had this to offer: “Colette is eternal, nothing will disappear, as long as people write stories over time. The rest remains engraved in our souls. Now, the challenge is what will be Colette’s next volume — Colette, it’s literature. Maybe we’ll write poetry.”